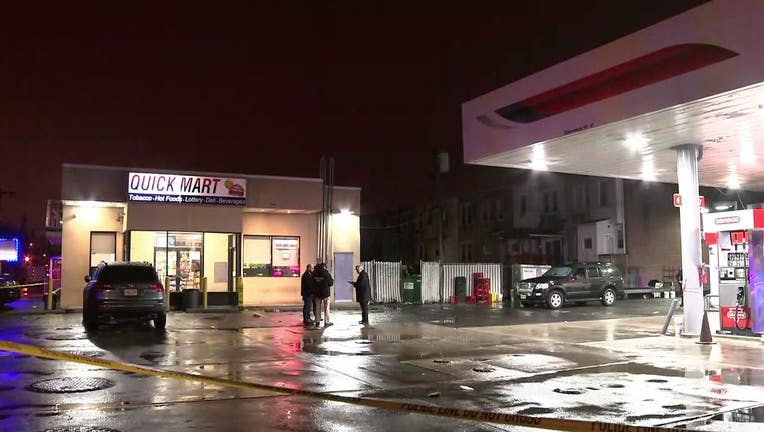 WOODLYNNE, N.J. - An armed man suspected of robbing a gas station was shot and wounded by police after he fled from officers and refused to drop his gun, authorities said.

Woodlynne police responded to the station just before 11 p.m. Sunday and learned that the robber had fled the scene on foot. Officers soon found Jai Wood Jr., 24, of Camden, who fit the suspect’s description and appeared to be armed with a handgun.

Wood ran from the officers and a brief chase ensued, authorities said. When he refused multiple orders to drop the weapon, an officer fired one shot that hit Wood, who was treated at a hospital before being turned over to police.

No police officers were injured, but the name of the officer who fired the shot was not disclosed.

Wood was charged with armed robbery, authorities said, and weapons-related charges were pending. It wasn’t known Tuesday if he’s retained an attorney.