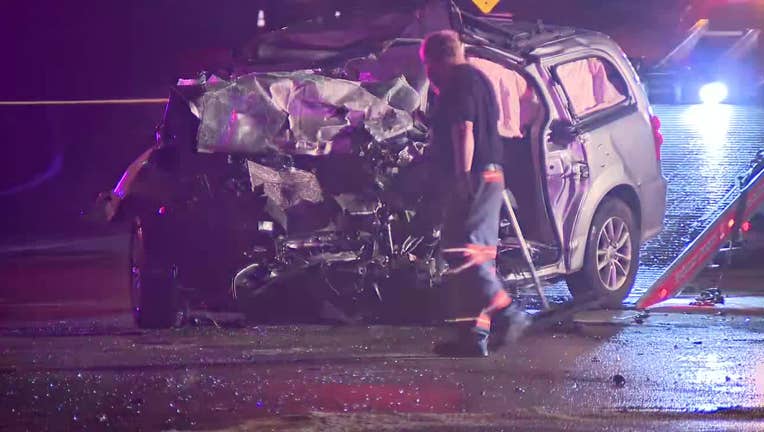 PLYMOUTH MEETING, Pa. - Police say speed is believed to have been a factor in a two-vehicle crash at a busy Plymouth Township intersection that killed three men and critically injured a fourth.

The crash occurred shortly before midnight Thursday at the five-point intersection of Ridge Pike and Chemical Road.

Plymouth Township police say a sport utility vehicle was traveling at high speed on a rainy night when the driver failed to negotiate a curve, crossed the median and smashed into a minivan.

Police chief John Myrsiades said the crash was "impact at full speed." He said it doesn't appear "that any brakes were used or anything to slow down."