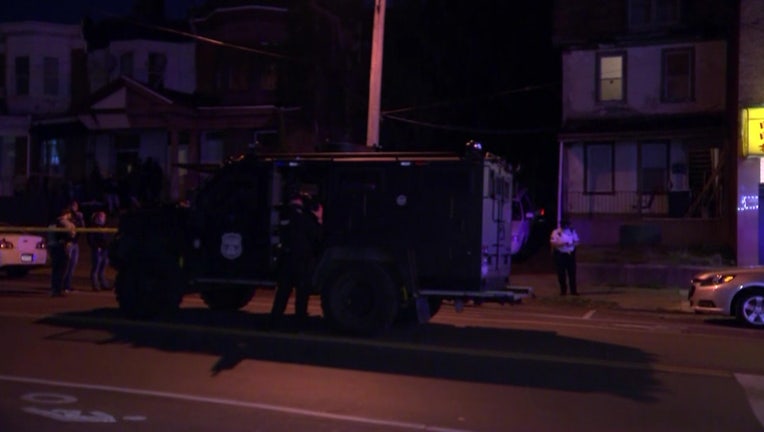 A suspect is in custody after a woman was killed and two people were stabbed Saturday night in East Germantown.

EAST GERMANTOWN - Philadelphia police say a man is in custody after a woman was found dead and two people were stabbed Saturday night in East Germantown.

Officers were called to a property on the 1000 block of East Chelten Avenue just after 7:30 p.m. for reports of a person with a gun.

Police said a woman was found dead from unknown injuries and say there was no visible trauma. Two men, 18 and 20, suffered stab multiple stabs wounds. The 20-year-old victim is reportedly in critical condition with injuries to his chest and back.

Police said the suspect briefly locked himself inside a home and refused to come out, prompting authorities to declare a barricade incident. The man was taken into custody without incident around 8:30, according to police.