FOX 29's Jeff Cole has more on the string of distraction style thefts that have impacted shoppers in both Montgomery and Chester counties.

TREDYFFRIN, Pa. - Police in Montgomery County and Chester County are warning residents to beware of distraction style thefts while shopping at local stores after a string of incidents occurred recently.

In the Rydal section of Abington Township, police say two women had their wallets stolen within hours of one another while shopping at the Whole Foods Market.

Surveillance footage shows a man following an elderly woman around the store. Once her attention is drawn away from her belongings, the suspect appears to reach into her cart and swipe her purse. Police say the suspect exited the store and immediately tried to use the stolen cards at a nearby Target. 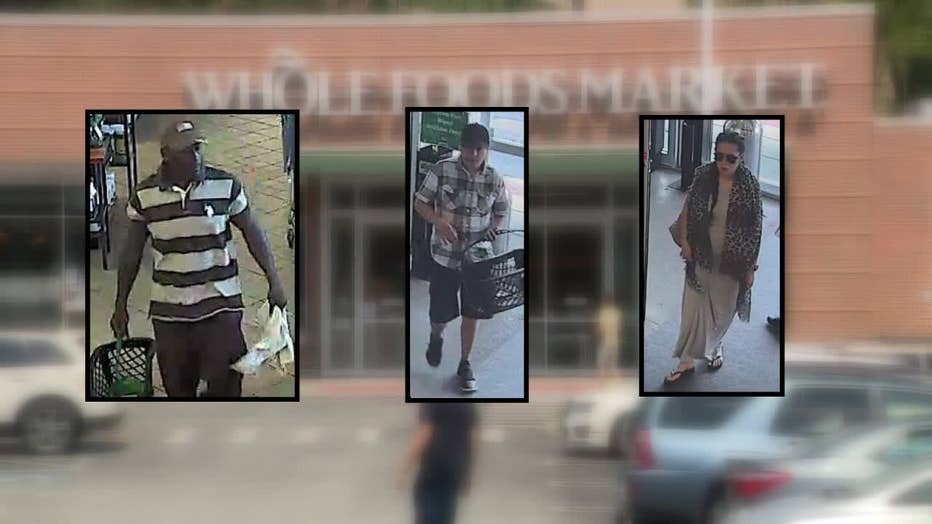 Hours later, a couple appeared to work in tandem to lift the wallet of another elderly shopper at the same Whole Foods Market. Store footage shows a man draw the victim's attention away from her cart while the woman reaches into her cart and steals her purse.

Police say the couple also tried to use the stolen credit cards at the same Target store.

In Chester County, police say a near identical theft carried out by a different suspect at the Trader Joe's store in the Gateway Shopping Center.

Authorities have urged customers to keep wallets, purses and credit cards out of grocery carts.

Police in Montgomery County and Chester County are warning residents to beware of distraction style thefts while shopping at local stores after a string of incidents&nbsp;occurred recently.