NORTHEAST PHILADELPHIA - A woman is dead after Philadelphia police said she ran a red light and slammed into a tree on the median of Roosevelt Boulevard early Thursday morning in Northeast Philadelphia.

Officers were called to the intersection of Woodward Street and Roosevelt Boulevard around 3 a.m. for reports of a single-car crash.

According to police, 26-year-old Anastasia Moskvina was driving south on the outer lanes of Roosevelt Boulevard when she ignored a red light and jumped the median into the inner lanes. Moskvina then jumped the center median and struck a large tree which caused her car to catch fire. 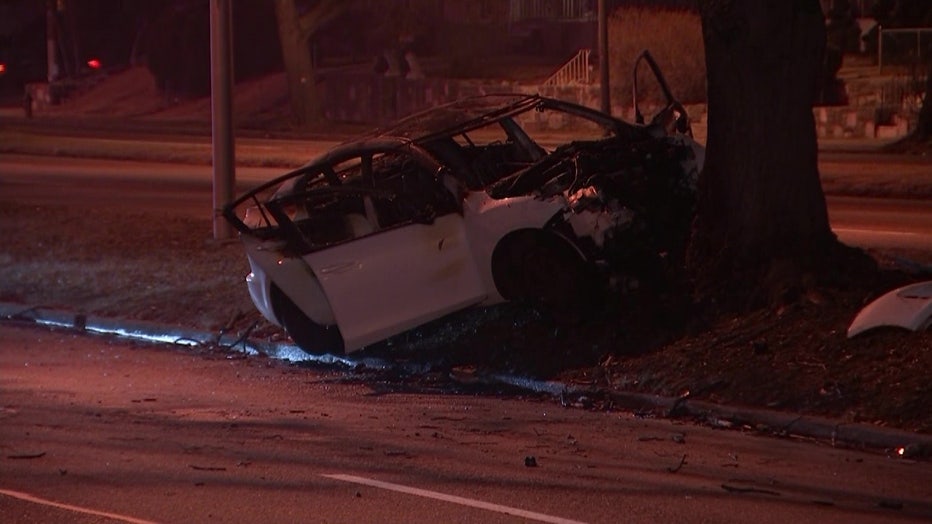 A woman is dead after police said she ran a red light and hopped two medians before slamming into a tree.

Two witnesses rushed to pull Moskvina from the car before the flames intensified and dragged her 100 feet away, according to Philadelphia Police Chief Inspector Scott Small.

Moskvina was not burned but she suffered severe trauma to her head, face and neck, Small said. She was pronounced dead by medics.

It's unknown at this time what caused Moskvina to lose control of her vehicle. Accident investigators are working to learn more about the events leading up to the deadly crash.