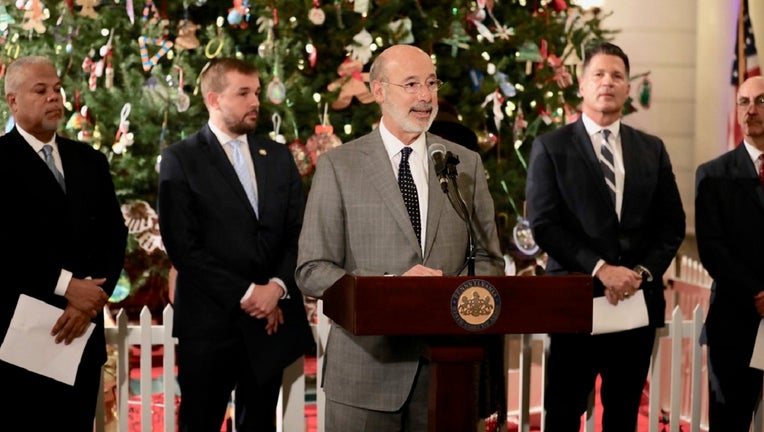 HARRISBURG, Pa. - Pennsylvania policymakers announced a task force Monday that will take a broad look at the state’s juvenile justice system in hopes of improving the results it produces.

Legislative leaders and Democratic Gov. Tom Wolf announced formation of the group at a Capitol news conference, giving it nearly a year to issue recommendation about how to make people safer, improve accountability and save tax dollars. Its members will be appointed by Wolf, the court system and the Legislature.

House Majority Leader Bryan Cutler, R-Lancaster, said the concept is to use data and research to reconfigure the juvenile justice system to improve results.

“I’d like to say there is no such thing as a bad kid,” said Sen. Mike Regan, R-York. “However, we all know kids do bad things.”

Wolf said the project will build on clean slate legislation, reductions in the state prison inmate population, an end to automatic driver’s license suspensions and other adult justice reform changes in recent years.

“It also makes sense to give our attention to the juvenile justice system to see where we can make changes, where we can reform,” Wolf said in the Capitol. “Improving our juvenile system can have an enormous positive impact on our commonwealth by preventing young Pennsylvanians from ever entering our state prison system.”