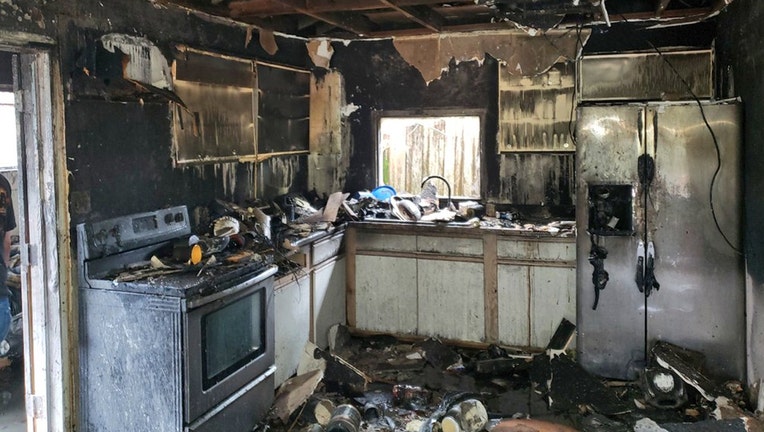 APOPKA, Fla. - A pregnant woman in Orange County woke up this morning to her house on fire.

In a matter of minutes, flames were shooting through the roof of a home in Apopka.

Dave Fitzgerald happened to be in the right place at the right time. He said that “I was working on the car in the driveway and then the lady came running out of the house screaming saying the house was on fire.”

Neighbors captured video of the fire as it threatened their nearby homes on Valley Drive.

Dave said he ran over to make sure no one else was inside the house while his wife called 911. He said that “I heard the gas line go - just a big ball of fire and we all ran out." 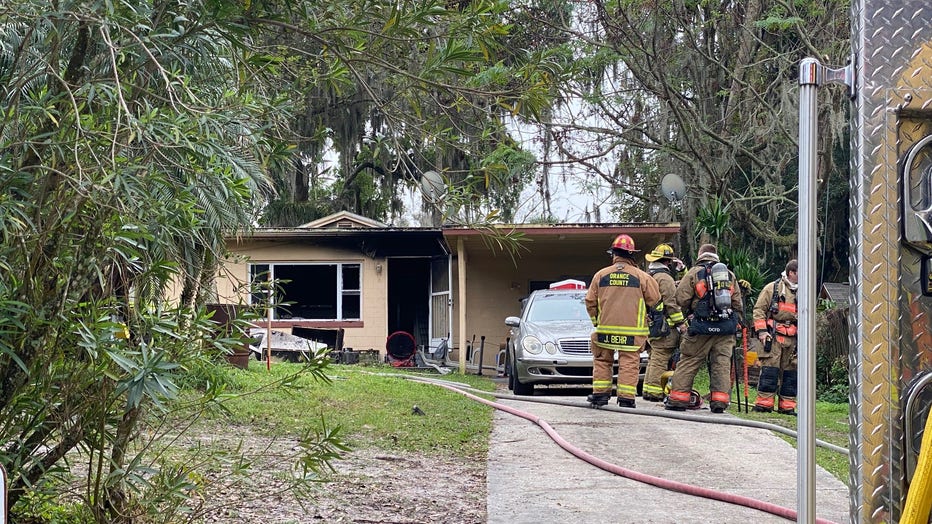 Fortunately, no one else was inside and no one was injured.

“She was coughing a little bit,” Fitzergald said about his pregnant neighbor.

As a precaution, fire rescue took her to the hospital to get checked out.

MORE NEWS: Deputies search for gunman who they say opened fire at a Florida mobile home park, killing a woman

“The house is completely destroyed inside,” Fitzgerald said. “The flames were incredible. Burned holes right through the roof.” 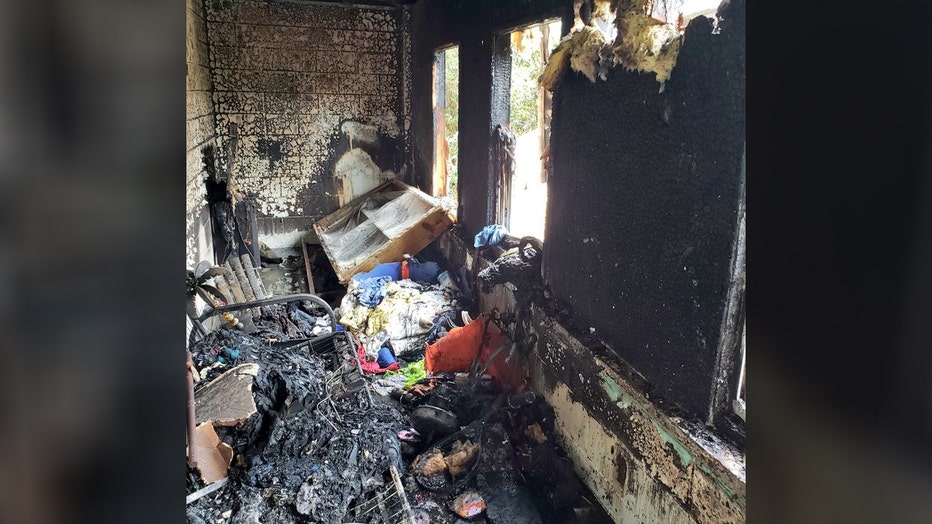 Now, the family has to look for a new place to live as the cause of the fire remains under investigation.

Tune in to FOX 35 News for more about the fire and the family.