VOORHEES, N.J. - Authorities are hoping to help parents of teens recognize unfamiliar hazards indicative of drug use. A drug expert showed parents Tuesday night how easy it is for teens to hide things in everyday items.

“Don’t be afraid to look around, but mom and dad you don’t trust me, it's not about trust,"  DEA Special Agent Tim McMahon said. 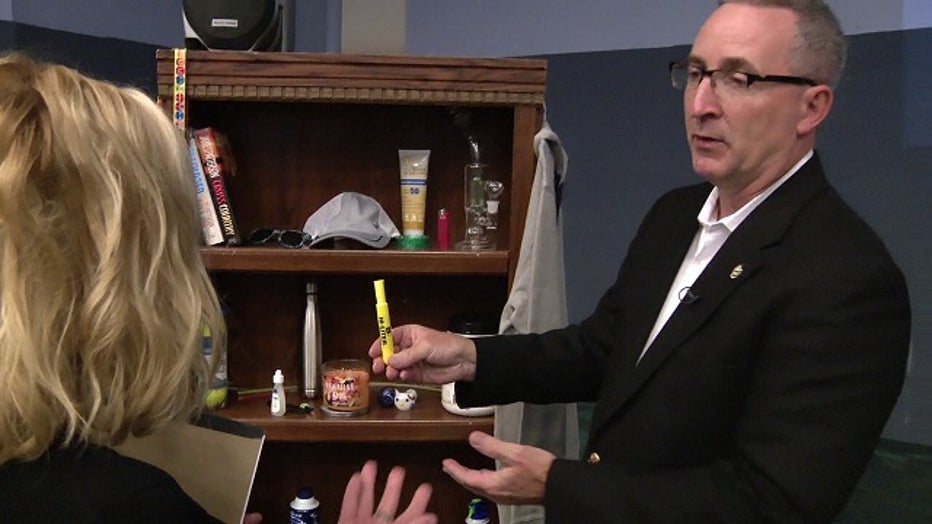 McMahon showed parents just how easy it is for teens to stash drugs in their bedroom.

“Just looks like a regular tube of sunscreen but you can fill it with your favorite beverage," he explained.

The special awareness program called “Hidden in Plain Sight” was held at  Hope Church in Voorhees, New Jersey, Tuesday night in an effort to educate parents.

“Think about it. If this was in a cup on a desk in a bedroom with pens and pencils, why would anyone think a thing else?" McMahon said. However, inside that cup, there was more than just a highlighter. If you pull the bottom out it’s actually a little marijuana pipe. Surprisingly, a vaping device could also be disguised as a sweatshirt.

Parents say they will check items twice after attended the program.