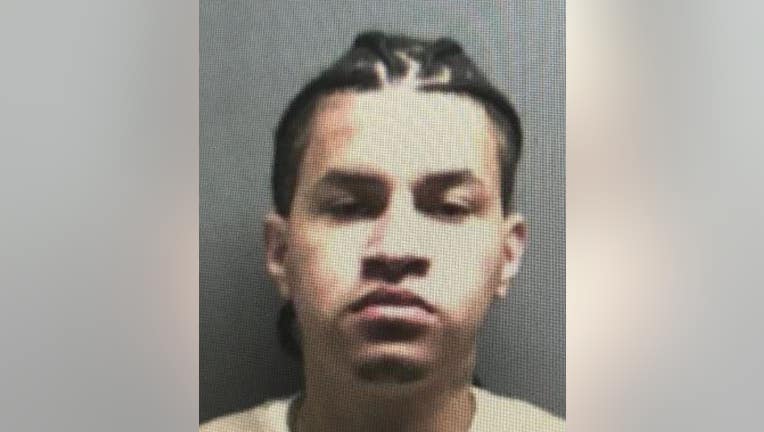 LITTLE EGG HARBOR - Authorities say the man at the center of a manhunt after he exchanged gunfire with an officer during a traffic stop in Tuckerton, New Jersey, has been captured.

According to police, the gunfire began shortly before 10:30 a.m. at the intersection of Route 9 and North Green Street. The suspect fled the area on foot. The officer was not injured.

“Villegas will be charged with Attempted Murder, Kidnapping, Unlawful Possession of a Weapon, and Possession of a Handgun for an Unlawful Purpose,” Prosecutor Bradley Billhimer stated. “It is my understanding that Villegas is wanted out of Connecticut. We will be seeking extradition from New York to bring him back here to Ocean County to face these charges."

Multiple agencies worked to find the suspect. Area schools in Tuckerton and Little Egg Harbor were placed on lockdown Thursday.