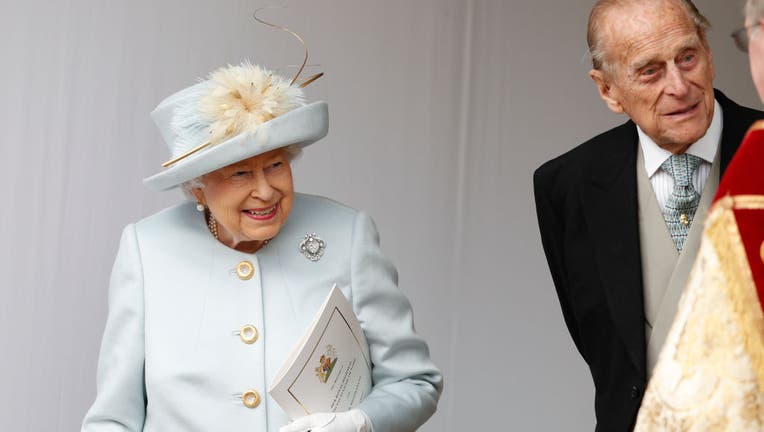 WINDSOR, ENGLAND - OCTOBER 12: Queen Elizabeth II and Prince Philip, Duke of Edinburgh look on after the wedding of Princess Eugenie of York and Mr. Jack Brooksbank at St. George's Chapel on October 12, 2018 in Windsor, England. (Photo by Alastair Gr

Buckingham Palace officials said in a statement that the 94-year-old monarch and Philip, 99, received their jabs Saturday, joining some 1.5 million people in Britain who have been given a first dose of a vaccine.

The injections were administered at Windsor Castle, where the queen and her husband have been spending their time during the lockdown in England.

Royal officials said they took the rare step of commenting on the monarch's health in order to prevent inaccuracies and further speculation. The queen "decided that she would let it be known she has had the vaccination," the palace statement said.

On Dec. 8, Britain became the world's first country to begin a mass vaccination drive against the coronavirus. The government says it is aiming to deliver the first vaccine doses to some 15 million people in the top priority groups by the middle of February.

That includes everyone over age 70, as well as frontline health care workers, care home residents and anyone whose health makes them especially vulnerable to the virus.