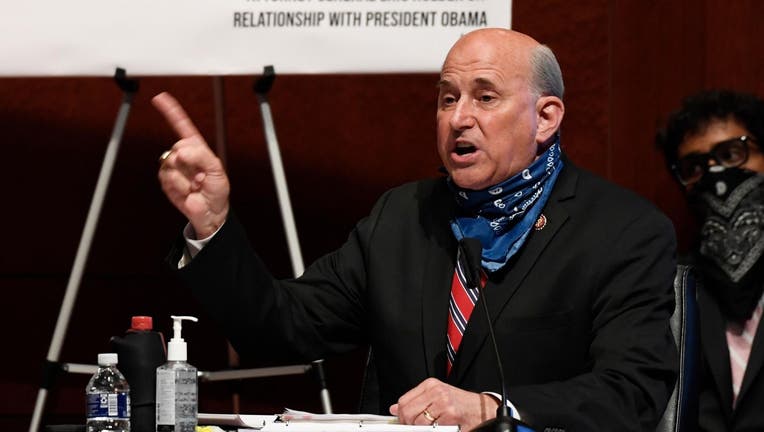 Rep. Louie Gohmert, R-Texas, speaks during the House Judiciary committee hearing on "Oversight of the Department of Justice: Political Interference and Threats to Prosecutorial Independence", on Capitol Hill on June 24, 2020 in Washington DC. (Photo

WASHINGTON - Rep. Louie Gohmert tested positive for coronavirus in advance of his planned travel with President Trump to Texas Wednesday and had to be removed from the trip, according to sources familiar with the situation.

In addition, Gohmert had extensive contact with Attorney General William Barr - who will also be tested for COVID-19, according to The Hill.

Gohmert, R-Texas, was expected to travel aboard Air Force One with the president for campaign fundraising and an energy event at a Midland oil rig. He and others who are in close proximity to the president would have been subjected to routine COVID-19 screening.

Spokespeople for Gohmert, 66, did not immediately respond to requests for comment. The news was first reported by Politico.

Gohmert, who has been prone not to wear a mask around Capitol Hill, attended the high-profile Judiciary Committee hearing Tuesday where Attorney General William Barr testified for hours.

A video posted by a Hill reporter shows Gohmert and Barr, both unmasked on Tuesday walking together at the Capitol.

Kerri Kupec, a Justice Department spokeswoman, said Barr will be tested today for COVID-19 because of his proximity to Gohmert at the hearing.

Gohmert said last month he chose not to wear a mask because he was being tested regularly for the virus, a reason Trump had previously used for not routinely wearing a mask in public.

"I don't have the coronavirus, turns out as of yesterday I've never had it. But if I get it, you'll never see me without a mask," he told CNN in June.

Gohmert is the latest in a growing string of Trump aides and politicians who have contracted the virus.