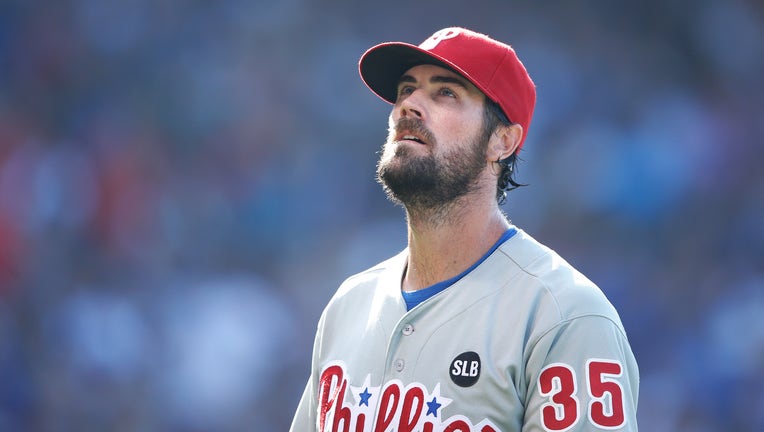 Cole Hamels #35 of the Philadelphia Phillies reacts during his no-hitter against the Chicago Cubs at Wrigley Field on July 25, 2015 in Chicago, Illinois. The Phillies defeated the Cubs 5-0. (Photo by Joe Robbins/Getty Images)

PHILADELPHIA - Any hopes Phillies fans had of a reunion with pitcher Cole Hamels have been dashed.

According to MLB.com, the veteran pitcher has agreed to a one-year, $18 million deal with the Atlanta Braves.

The left-hander became a fan favorite during his time in Philadelphia, helping lead the team to two World Series appearances, including a World Series title in 2008.