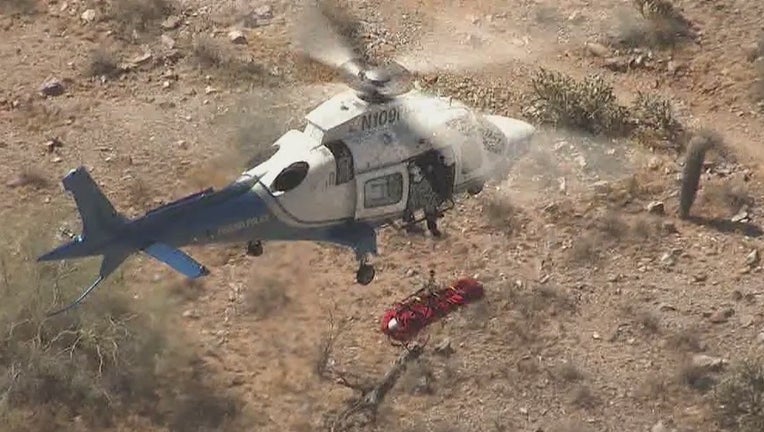 PHOENIX - Authorities say a 74-year-old hiker whose head and face were injured in a fall on a Phoenix mountain endured a wild ride in a stretcher as she was being hoisted into a helicopter.

It happened Tuesday morning near 24th Street and Lincoln Drive.

According to Capt. Rob McDade of the Phoenix Fire Department, "firefighters made patient contact and decided that the best course of action was to fly the patient off the mountain."

The airlift did not go as expected. During the rescue, air turbulence from the helicopter's rotor caused a bumpy ride for the woman. She was seen on a stretcher spinning at a fast pace below the helicopter. The woman was then transported to an area trauma center for evaluation.

During a news conference Tuesday afternoon, officials said during the hoist rescue, a line that was supposed to help prevent the spinning didn't prevent it and that the phenomenon is known in the hoist rescue industry. Officials also said similar incidents have happened in the past and that procedures were done to try and stop the spin.

Officials say the woman suffered no ill effects from the spin, aside from a bit of dizziness and nausea. No firefighters were injured during the rescue.