The footage was secretly recorded last year by an investigator for the Animal Recovery Mission group.

The disturbing video (warning: the footage is graphic) was secretly recorded last year by an investigator for the Miami-based Animal Recovery Mission group. The group says the investigator worked for several months at Fair Oaks Farms, one of the largest dairy producers in the country and a popular destination for school field trips.

The video shows newborn calves being thrown in and out of their huts by employees, young calves being kicked in the head and the carcasses of dead calves piled together in the dirt. The footage also shows employees striking calves with their hands, feet and steel rods and calves being burnt with branding irons.

The group said that the undercover video shows the "daily mistreatment of the resident farm animals" at the farm's dairies, located about 70 miles south of Chicago.

"Due to the many years Fair Oaks Farms has been in business, it is impossible to number the amount of calves and cows that have inhumanely died at the hands of this company," said Rachel Taylor, a spokeswoman for Animal Recovery Mission.

Fair Oaks Farms is the flagship farm for Fairlife, a national brand of higher protein, higher calcium and lower fat milk. The brand is a joint venture between Fair Oaks Farms and The Coca-Cola Company.

At least three retailers - Strack & Van Til, Jewel-Osco and Family Express - began pulling Fairlife products from their shelves Wednesday in response to the video, according to The Northwest Indiana Times.

Family Express operates convenience stores across Indiana. The company said in a statement that it's pulling Fairlife products. "The exposé of animal abuse in the Fair Oaks Farm network is chilling," the statement said. 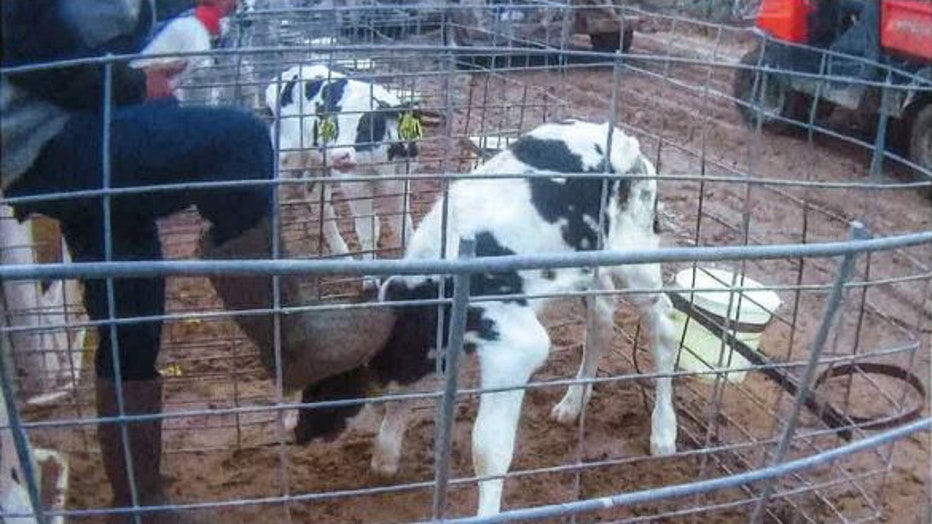 Fair Oaks Farms founder Mike McCloskey said in a statement Tuesday that four employees seen in the video have been fired and actions have been taken to prevent further abuse. A fifth person shown in the video was a third-party truck driver who was transporting calves, he said.

"As a veterinarian whose life and work is dedicated to the care, comfort and safety of all animals, this has affected me deeply," McCloskey said. "I am disappointed for not being aware of this kind of awful treatment occurring, and I take full responsibility for what has happened. I also take full responsibility to correct and ensure that every employee understands, embraces and practices the core values on which our organization stands."

A portion of the video also showed what appeared to be an employee using cocaine in a work vehicle on site, while other footage showed plants resembling cannabis being grown on the property.

McCloskey described the plants in his statement as an invasive perennial species.

The Newton County Sheriff's Office said in a statement Wednesday that it's requested the names of the now-fired workers and the person who shot the footage. The agency said it would work with the county prosecutor's office to determine if any criminal charges will be filed.

"We acknowledge the need for humane treatment of animals and the need to hold individuals that have gone beyond an acceptable farm management practice accountable for their actions," the department said in its statement.