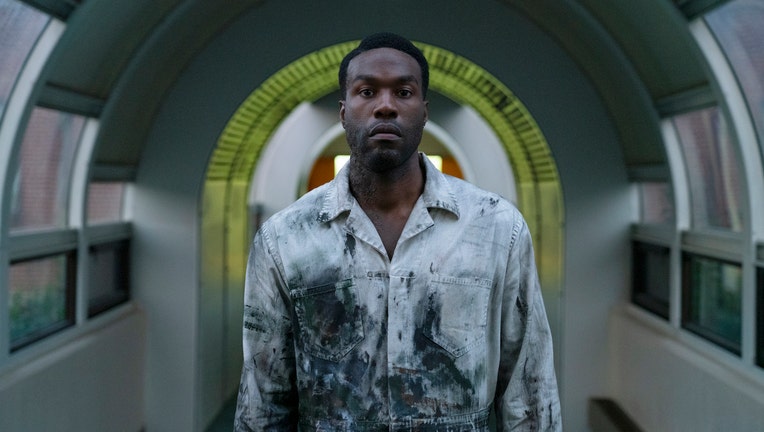 CHICAGO - Any legend worth its salt resonates across generations, gaining strength and resonance with each new audience. These parables offer our world a larger understanding of what drives us or gives way to the world's horrors, beauty, failures or wonders and how us mere mortals can adapt to the human condition in more palatable ways that only the storytelling medium can offer.

And if the legend is tied to a specific place, it can grow still more potent, an organism with roots so deep and twisted they can’t help but return to the surface.

About "Candyman": A legend transformed

The "Candyman" lore is as Chicago as Lem’s BBQ or pulling over to the shoulder of Lake Shore Drive to watch the Air and Water Show. An entire generation of Black Chicagoans grew up knowing not to take the Candyman legend lightly — even though it originated in a 1992 slasher. In that first "Candyman," writer/director Bernard Rose (adapting the Clive Barker short story "The Forbidden") tells the tale of an aggrieved soul wreaking seemingly indiscriminate vengeance in Chicago’s Cabrini-Green.

Something about this story has always rung true with regard to the Black experience, in Chicago and in America writ large. It’s turned a fictional horror villain into an icon and a legend — one that, in 2021, has perhaps transformed into something very different from its initial form.

"Candyman" (2021), a "spiritual sequel" directed by Nia DaCosta and co-written by DaCosta and producer Jordan Peele ("Get Out," "Us"), is the story of Anthony McCoy (Yahya Abdul-Mateen II), a painter whose rapid rise in the art world has ceased thanks to a creative blockage. Through his lover Brianna (Teyonah Parris), a brilliant and well-connected art curator, he’s been given a direct pipeline to the snooty, predominantly white Chicago art scene, where he must cater to the expectant appetites of art dealers and critics. 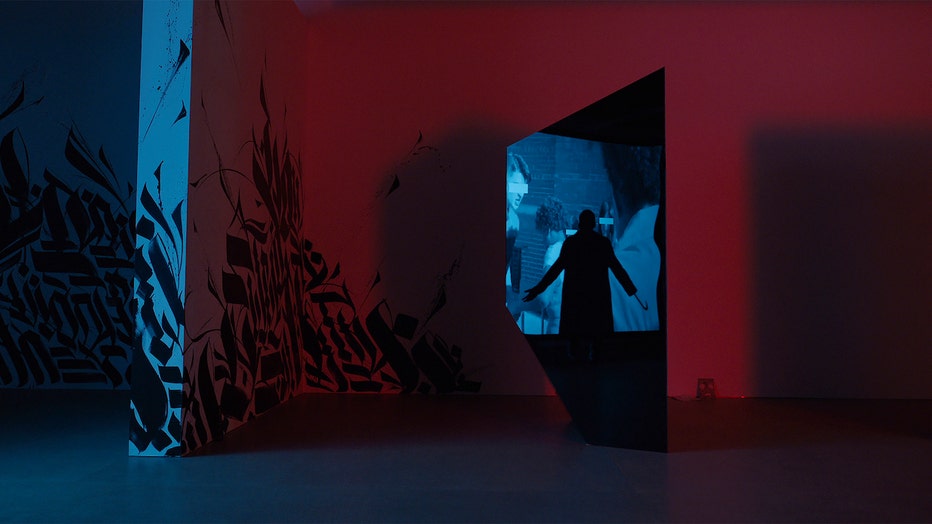 Prior to his stagnation, Anthony’s work is an obvious reflection of his investment in contemporary social justice ideology, but those in power are prone to memory loss and easy boredom regarding such movements. His take on social justice is no longer "in," and he’s told that he must adopt another mantle of Blackness to incorporate in his work. What gets the green light? That of the displaced, impoverished Black experience.

Then inspiration strikes from an unlikely source. As Anthony and Brianna sip expensive wine and chill in their new luxury apartment with Brianna’s brother Troy (Nathan Stewart-Jarrett) and his partner Grady (Kyle Kaminsky), Troy conjures a scary story — one set in the gentrified neighborhood they now call home, situated just a few blocks from the razed Cabrini-Green projects and told through beautifully dour shadow puppets.

It’s the legend of the Candyman, a vengeful being who can be summoned by speaking his name into a mirror five times.

It’s an uncomfortable topic, so the conversation quickly turns, but it lingers with Anthony, who becomes consumed by the legend. His new fascination takes him to the abandoned site, where he's immediately stung by a bee — an infamous symbol of the spectre — and a branching path of the legend begins to form.

DaCosta, whose debut feature "Little Woods" earned much acclaim, has a second sense for building atmosphere and simmering tension. Through the use of methodical, slow tracking shots, she captures the beauty of everyday landscapes, finding just the right angle and balance in frame. Her mastery evokes as much of an emotional response as the actors’ performances.

This approach — along with the decision to cut away in scenes that would, in a more traditional horror movie, linger — gives the film an arthouse vibe, more social thriller than horror. (Unsurprising, given Peele’s role as producer and the undeniably timely social issues at play.)

That’s not to say that the film doesn’t offer chills. One kill, set in a luxe Marina City apartment, is especially effective; another, the bathroom scene heavily featured in the film’s trailer, offers some "whoa, that’s a lot of blood" satisfaction.

Unfortunately, much of the rest of the gore seems obvious, as though it was shoehorned in simply because a "Candyman" with little splatter might be a hard sell.

Where this remake does go ten toes down in the right direction is in its social commentary, specifically with regard to the issues of gentrification and police brutality. Here is where the phantom of the Candyman begins to transform, and the legend’s relationship to the Black community, inexorably altered thanks to DaCosta’s vision of past made present.

This reimagining is so necessary in light of the racial reckoning this country was forced to contend with in the summer of 2020, as protests and conversations around racism, state-sanctioned violence against Black bodies and what true equity and inclusion really mean came to a swell. Some roots, some wounds are just too deep; pave them over, and that pavement will eventually crumble. And sometimes, when the ground shifts, a legend returns through the cracks, and cries out for justice.

About the writer: Joyy Norris is a film programmer, writer and filmmaker based in Chicago. She has programmed with the Chicago International Film Festival and is a member of their Black Perspectives Committee. She is now the Operations and Programs Manager with Sisters in Cinema. Follow her on Twitter at @jdnorry.

Prepare to see "Candyman" with these free movies on Tubi:

Hellraiser (1987): A horror cult classic from writer-director Clive Barker (author of "The Forbidden," the short story on which the first "Candyman" is based) introduced the iconic Pinhead to the world. Featuring Clare Higgins, Ashley Laurence, and Andrew Robinson.

Bones (2001): Snoop Dogg stars in this horror flick, in which "a local legend and benefactor returns as a ghost to avenge those who killed him and restore his neighborhood." The tagline? "This Dogg’s got a bone to pick." Pam Grier also stars.

Burt’s Buzz (2014): Bees are a bad sign in "Candyman," but this documentary offers a nice counterpount, tellling "the true story of the natural care products empire, Burt’s Bees, as seen through the face and co-founder of the company since 1984, Burt Shavitz."