SOUTH PHILADELPHIA - Fire crews have recovered the body of a second person who died during a gas explosion and 3-alarm fire in South Philadelphia, Councilman Mark Squilla confirmed.

Emergency responders on Friday recovered the body of the first victim, but said they would likely need to demolish a nearby home to reach the second suspected vicitm.

Authorities have not released the identity of either victim at this time.

FOX 29's Kelly Rule reports from South Philadelphia, where crews plan to demolish the site of an explosion and three-alarm fire that left several people dead on Thursday. 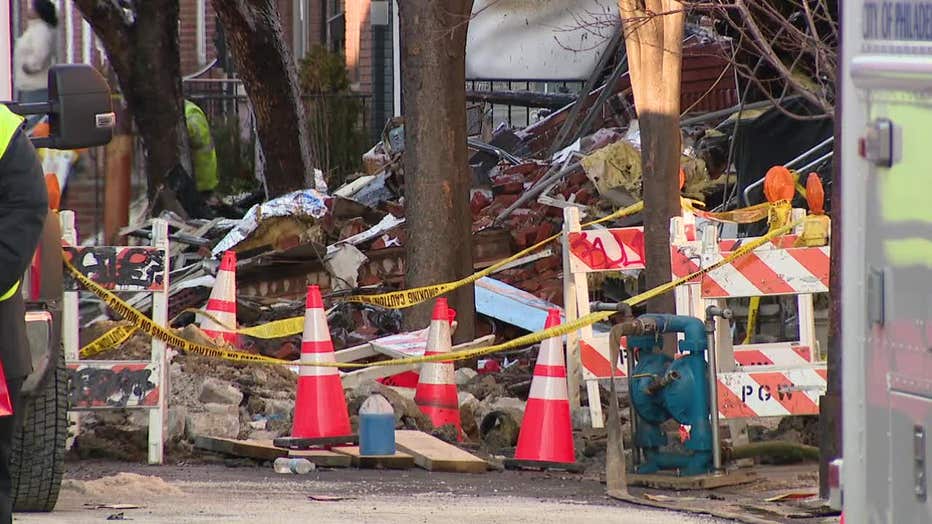 An investigation into what caused the explosion that ignited a set of row homes on the 1400 block of South 8th Street was underway Friday.

Philadelphia Fire Commissioner Adam Thiel said responders made two attempts to rescue someone they saw was trapped, but the blaze was intense and collapsing buildings pushed the person away from them.

Several dozen people were evacuated because of the fire and have since been displaced.

Three houses collapsed, and two others have severe structural damage. Thiel said a couple dozen other homes have some type of damage.

Philadelphia's Red Paw Relief Team reports that one dog and one cat remain unaccounted for following the fire. Anyone with a pet who is still unaccounted for or who needs assistance is urged to call the team's emergency line at 267-289-2729.