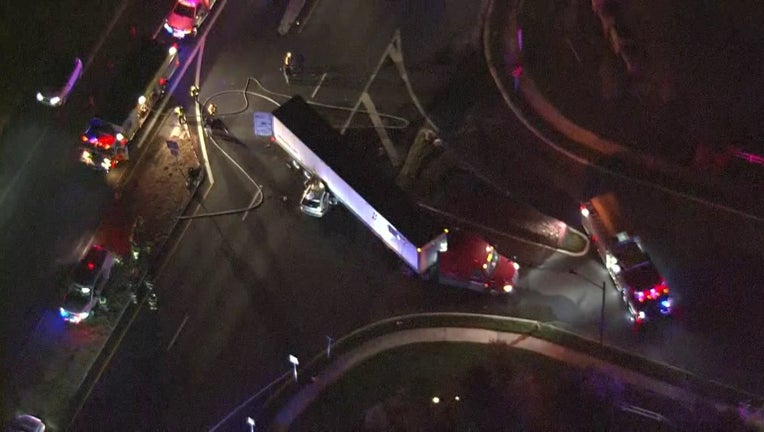 Skyfox over a serious accident on Route 130 in Bordentown, N.J.

Burlington County officials stated the accident occurred Monday, a little after 8 p.m., on Route 130 northbound at Taconic Road, in Bordentown.

Skyfox flew over the scene where a tractor-trailer was observed across the highway with a vehicle crushed underneath and in the middle of the truck.

There was no word on any injuries. Officials did not give a timetable as to how long Route 130 would be closed.