Brian Williamson, 31, is a convicted sex offender now facing federal charges after he allegedly approached an 8-year-old Indiana girl with cookies, a condom and a box cutter in his pocket in June, according to a report.

EVANSVILLE, Ind. - A man who is a convicted sex offender is now facing federal charges after he allegedly approached an 8-year-old Indiana girl with cookies, a condom and a box cutter in his pocket in June, according to a report.

In June, a neighbor called 911 and told Evansville police that they saw Williamson approach a child sitting alone on a trampoline outside and talk to her over a fence, according to the Evansville Courier and Press. At the time, he was charged with three felonies: failure to register as a sex or violent offender, lifetime parole violation, as well as failure of a sex offender to possess identification. 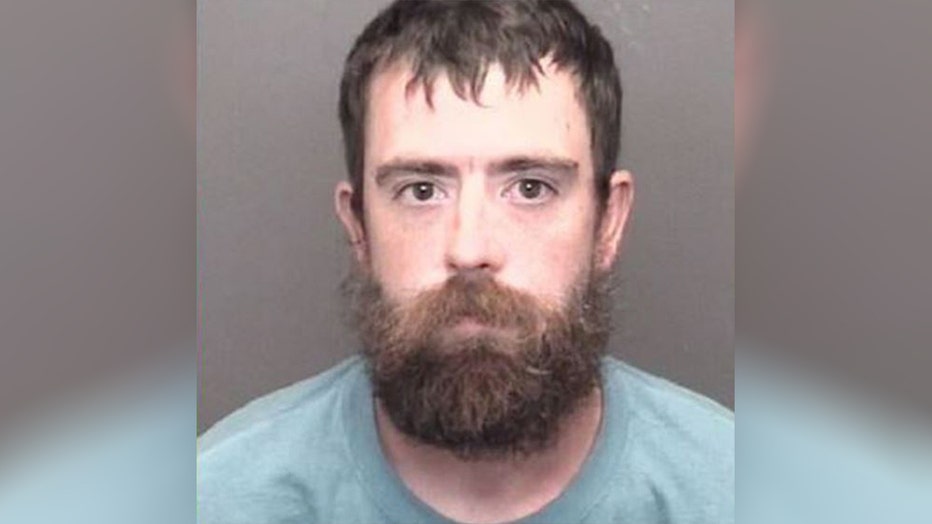 Officers had searched Williamson and found cookies and a condom in his pocket, the paper reported. Officers also found a box cutter in his pockets after he informed them he was carrying it, the report said.

Police said Williamson told them he didn’t have any identification and gave them a false name, WFIE-TV reported.

Officers also spoke with the child and her parents, who said their daughter told them Williamson didn’t touch her but helped her set up a Pokemon app on her phone, the report said.

The neighbor thought Williamson might have taken photos of the girl, police told the station. Officers said in June they were obtaining a search warrant for his phone and that more charges could be coming, according to the report.

In 2007, Williamson was convicted of child molestation in Indiana, according to Tennessee’s Dunlap Police Department, who had an arrest warrant for him in June.

Williamson is due in court on Friday.