Firefighters are continuing to put out hot spots after a 3-alarm fire at a warehouse in SW Houston. FOX 26's Matthew Seedorff has more.

HOUSTON - The shelter-in-place order for some residents in the southwest Houston area has been lifted as firefighters continue to extinguish what was a 3-alarm fire on Friday afternoon.

The shelter-in-place was ordered due to hazardous chemicals burning.

HFD received the call about the fire in the 7800 block of Westpark Drive around 10:35 a.m. Friday.

Several fire trucks are at the scene on Westpark Drive near Fairhill Drive. Residents one mile north and one mile west of the scene have been asked to shelter-in-place as firefighters work to contain the fire.

People are also asked to avoid the area due to the emergency response.

Witnesses say the dark plumes of smoke from the fire can be seen from the Galleria area.

SkyFOX captured several explosions at the warehouse, and at least one fire truck, HFD Ladder 28, appears to be burnt from the blaze as smoke engulfs it.

Two firefighters have been transported to Memorial Hermann. Chief Pena says both are being treated for heat exhaustion. They are in stable condition. 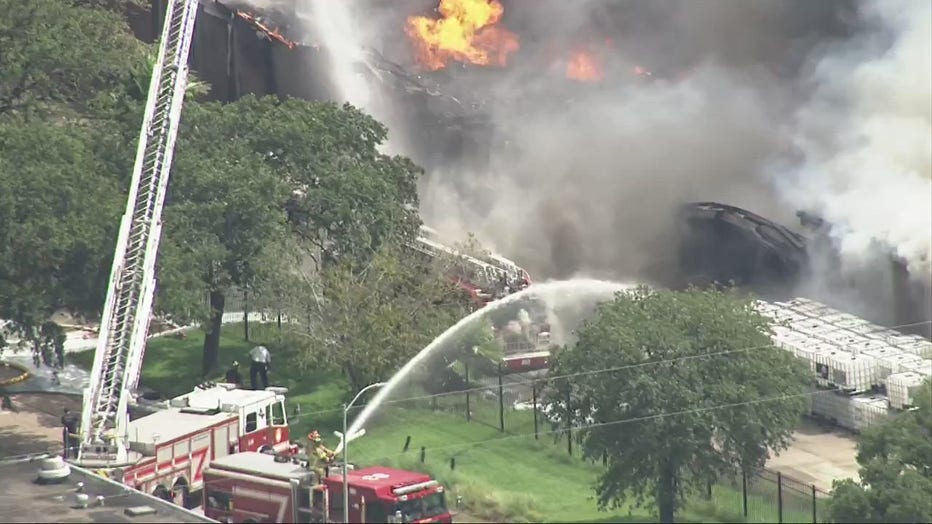 No word on what caused the fire.

This story is developing and will be updated accordingly.