A six-month-old girl is in critical condition at a Texas hospital after U.S. Customs and Border Protection (CBP) agents apprehended her, her father and 21 other people who illegally crossed the Rio Grande into the United States, officials said Saturday.

A CBP spokesperson said the group was apprehended three miles west of the Roma Port of Entry at around 1:30 a.m. Thursday. The father and his daughter were taken to the Rio Grande Valley Sector's Central Processing Center in McAllen, where medical staff said the child should be treated at a hospital. 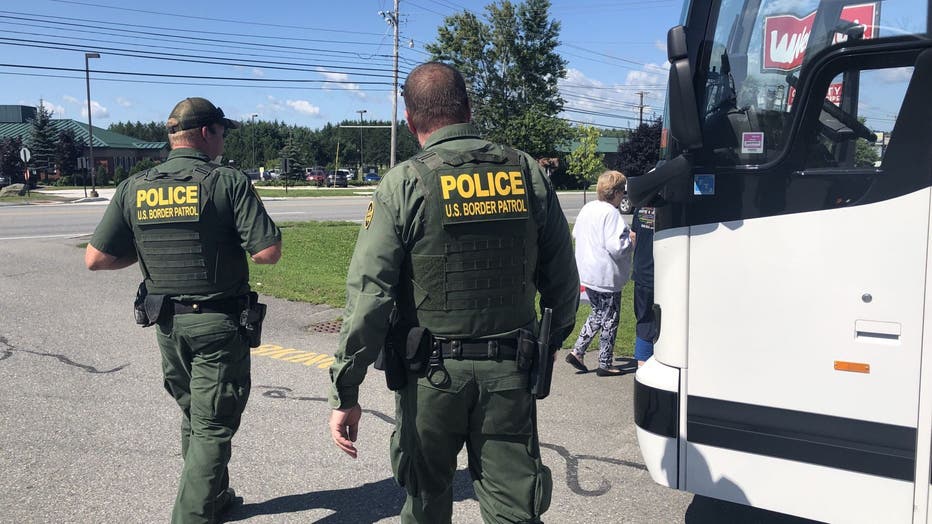 U.S. Customs and Border Protection agents conduct an immigration check. A six-month-old child is in critical condition at a Texas hospital after she was found by U.S. Border Agents along with her father and 21 others trying to make it across the Rio

There has been a drastic increase in the number of families crossing the border — about 475,000 so far this budget year, nearly three times the previous full-year record for families. Most are released into the U.S. while their asylum requests wind through the courts — a practice Trump has derided as "catch-and-release."

This week, the Trump administration said it was adopting changes to the so-called "Flores agreement," which says that migrant children can only be detained for a maximum of 20 days and must be kept in the least restrictive setting. The government currently operates three family detention centers that can hold a total of about 3,000 people. One is being used for single adults, and the other two are at capacity.