SOUTH PHILADELPHIA - On Monday, state officials met with workers facing layoffs in the wake of an explosion and fire at a South Philadelphia oil refinery.

A team of specialists with the Department of Labor & Industry will meet with Philadelphia Energy Solutions workers to provide information on next steps, including unemployment compensation, health benefits and training programs.

The largest oil refinery on the East Coast extended the termination date for employees by another six weeks to better prepare the property for "possible sale and restart" following a devastating fire, the company said. 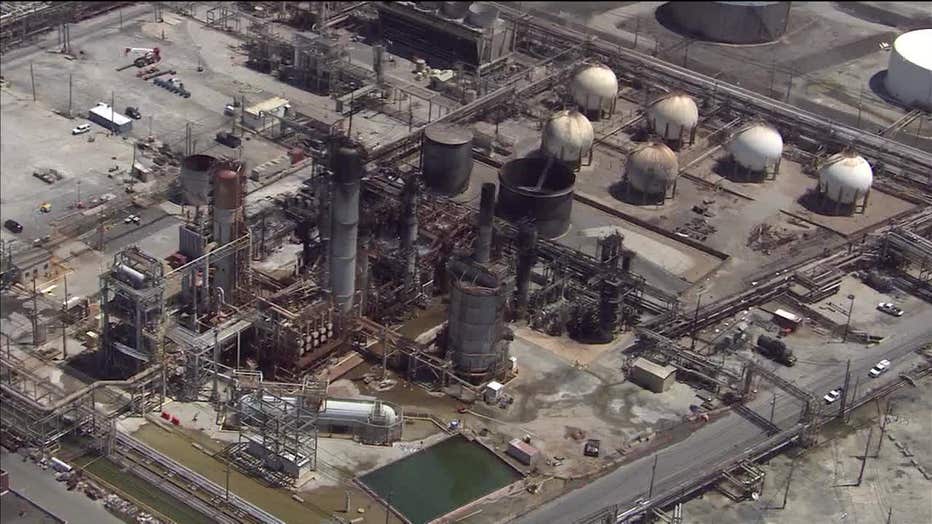 Philadelphia Energy Solutions confirmed that the termination date for workers will be Aug. 25 rather than July 12, a decision relayed in a meeting with officials of United Steelworkers Union Local 10-1 and first announced by U.S. Sen. Bob Casey, D-Pa.

Company spokeswoman Cherice Corley said in an email that Philadelphia Energy Solutions was "continuing its efforts to secure the facility in anticipation of potentially rebuilding the damaged infrastructure, and preparing for a possible sale and restart."

Five days after the June 21 fire, which remains under investigation, Philadelphia Energy Solutions sent a notice to state labor officials that it will shut the plant down and lay off about 1,020 workers there in the next two weeks after that. The fire significantly damaged equipment and systems at a complex that was already struggling financially, the company said.

The 150-year-old complex processes 335,000 barrels of crude oil daily into gasoline, jet fuel, propane, home heating oil and other products, according to the company. It started as a bulk petroleum storage facility in 1866 and began refinery operations in 1870.