Southeastern Pennsylvania counties to move to green June 26, Philly to uphold some restrictions

The eight counties in our area that will move into the least restrictive phase of the three-tiered plan include Philadelphia, Berks, Bucks, Chester, Delaware, Lehigh, Montgomery, and Northampton.

While Philadelphia will move green ahead of Mayor Kenny's July 3 target date, Wolf says Philadelphia residents and businesses will still follow the plan laid out Thursday by city officials.

Erie, Lackawanna, and Susquehanna will also move into the green phase on the 26th. Elsewhere in the state, eight counties in moved to green today including Dauphin, Franklin, Huntingdon, Luzerne, Monroe, Perry, Pike, and Schuylkill.

Sixty-six of the state sixty-seven counties will soon enter the green phase. The only county left in the yellow zone is Lebanon County in central Pennsylvania. In a release, the Wolf administration blamed Republican county officials for voting to open about a month ago.

“Lebanon County’s partisan, politically driven decision to ignore public health experts and reopen prematurely is having severe consequences for the health and safety of county residents,” Wolf's health secretary, Dr. Rachel Levine, said in the release. “Case counts have escalated and the county is not yet ready to be reopened. Lebanon County has hindered its progress by reopening too early." 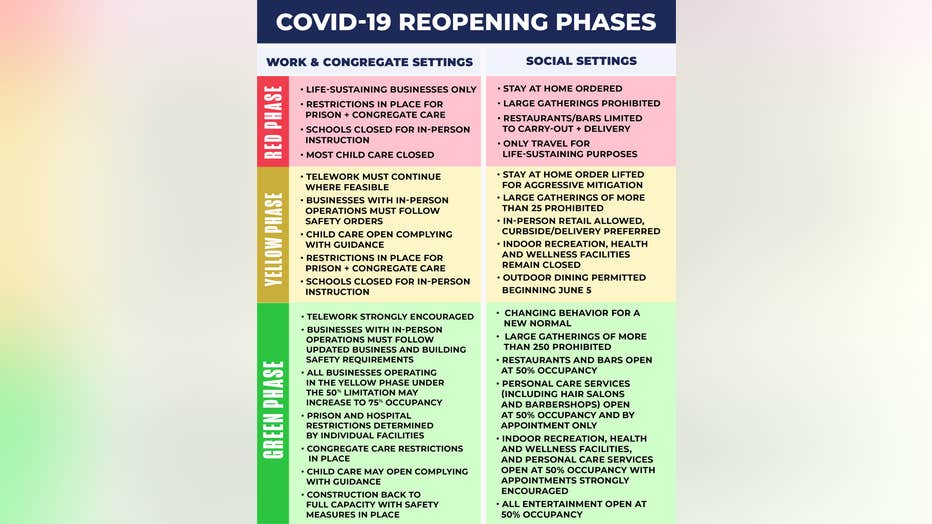 For counties outside of Philadelphia, the green phase will follow the guidelines of the plan established by the Wolf administration back in April. Social distancing and mitigation efforts are still required, and masks must be worn inside public spaces.

Wolf on Friday said moving to the green phase is a testament to the sacrifice that residents and businesses have made over the last three months to reduce the spread of the novel virus.

"As we begin to reopen, I urge everyone to stay alert and continue to follow social distancing to maintain the momentum of mitigation we have in place," Wolf said.

Counties in the green phase will enjoy the return of indoor entertainment and recreation businesses, such as movie theaters, casinos, and shopping malls. Likewise, restaurants and bars can reopen for indoor dining with a 50 percent capacity cap.

Salons, barbershops, gyms, spas other personal care services will be allowed to reopen under the green phase. All health and wellness facilities must operate at 50 percent capacity, and health officials are recommending visits be made by appointment.

Outdoor gatherings size will be limited to 250 people under the green phase, which represents a noticeable leap from the yellow phase outdoor limit of up to 25 people.

The city has labeled its plan Reopening with Care.

After being stubbornly stuck in the red phase, Philadelphia and neighboring counties were advanced to the yellow phase on June 4. While moving from red to yellow brought incremental changes, the shift eliminated the stay-at-home order and increased outdoor gathering size. 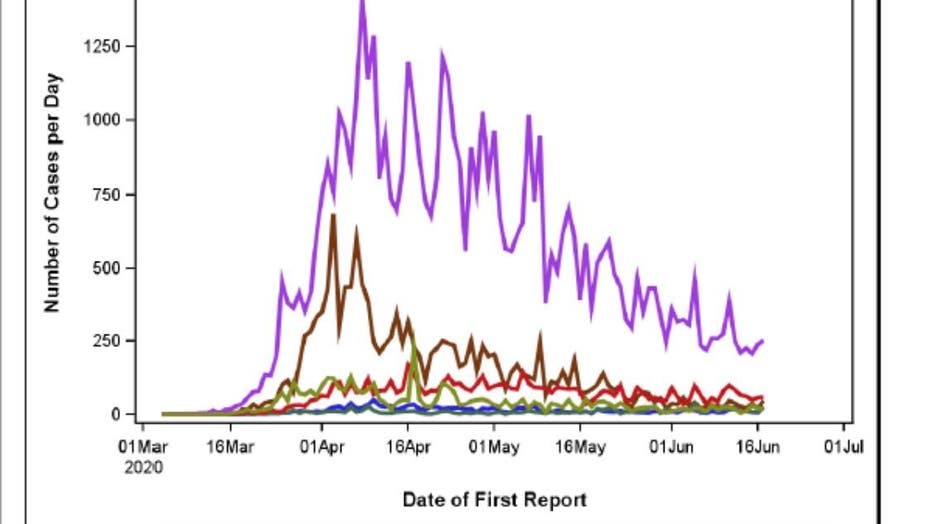 For most people, the virus causes mild or moderate symptoms that clear up in a couple of weeks. Older adults and people with existing health problems are at higher risk of more severe illness, including pneumonia, or death.