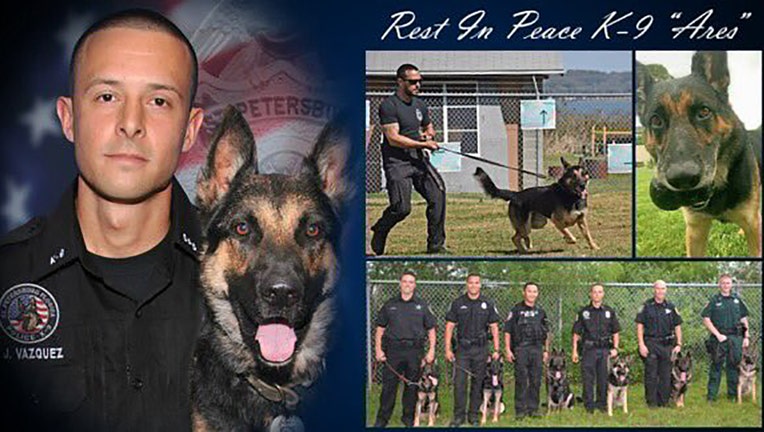 ST. PETERSBURG, Fla. (FOX 13) - Members of the St. Petersburg Police Department are mourning the loss of one of their K9 officers.

Police said Ares had to be put down during surgery on Friday night for Bloat, the agency announced through its Facebook page. The 8-year-old dog had been loyally serving the city since 2013, alongside his handler, Officer Vasquez.

"Together, Officer Vazquez and Ares have chased, sniffed out and arrested over 300 criminals," police wrote.

Ares worked for six and a half years as a dual-purpose patrol and explosive detection dog.

"Ares had amazing tracking skills that made everybody confident that they would get their suspect into custody," police wrote. "He performed at an extremely high level and was a master of his trade - finding bad guys."

The department described Ares as a loyal and dedicated servant of the city.