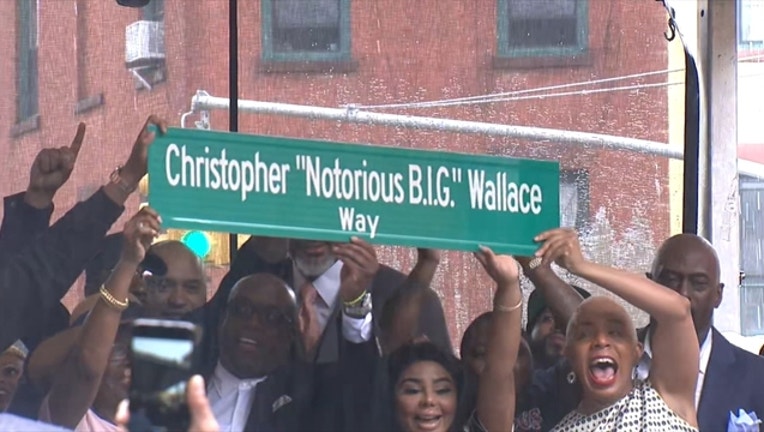 NEW YORK - A street in Brooklyn will be renamed for the late great rapper Christopher Wallace, better known as Notorious B.I.G.

The Christopher Wallace Memorial Foundation announced that the rapper's family would be in attendance including singer Faith Evans who was once married to Biggie, as he was also called.

Music would be provided by Hot 97's DJ Enuff.

Notorious B.I.G. grew up on St. James Place in Bedford-Stuyvesant.

Biggie, who created mega-hits like 'It Was All A Dream,' 'Mo Money Mo Problems' and 'Hypnotize' with its catchy riff "sicker than your average," was only 24-years-old when he was killed while stopped at a red light in a drive-by shooting in Los Angeles.