By the study’s end, there were 1,057 new breast cancer cases during various followups.

Drinking milk regularly, even in moderate quantities, could increase the risk of breast cancer among women, according to a new study published in the International Journal of Epidemiology.

Researchers analyzed the consumption of dairy among 52,795 North American women and found that participants who drank more dairy milk were associated with having a greater risk of developing breast cancer.

All participants were initially free of cancer, and were followed for 7.9 years. By the study’s end, there were 1,057 new breast cancer cases during various followups.

Researchers said that there were no clear associations found between breast cancer and soy products, nor were there any important associations between the illness and cheese and yogurt products.

Higher consumption of dairy milk, specifically full fat and reduced fat milks, were associated with increased risk of breast cancer. Researchers noted that the results had little variation when comparing both full fat and non-fat milks. 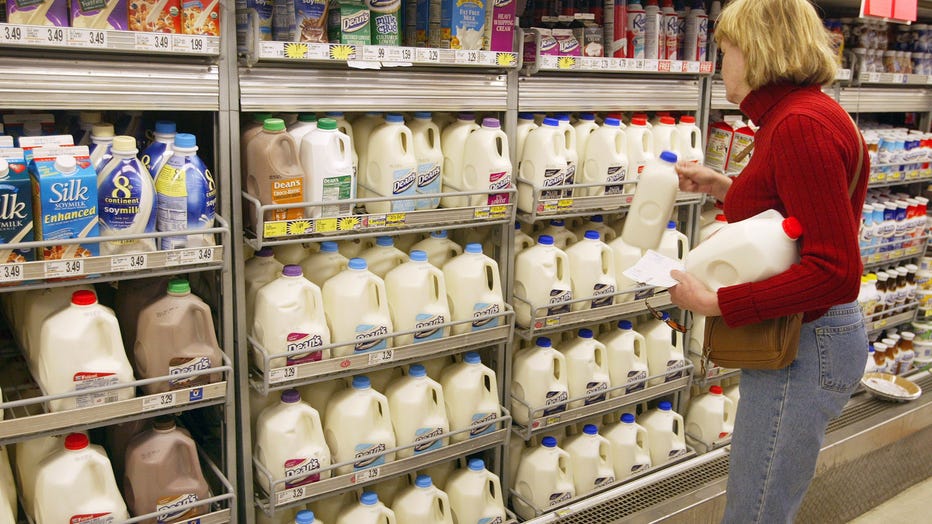 FILE - A woman shops for milk in a grocery store in Chicago, Illinois. (Photo by Tim Boyle/Getty Images)

"Consuming as little as 1/4 to 1/3 cup of dairy milk per day was associated with an increased risk of breast cancer of 30%," said the study’s lead author, Gary E. Fraser, MBChB, Ph.D.

"By drinking up to one cup per day, the associated risk went up to 50%, and for those drinking two to three cups per day, the risk increased further to 70% to 80%."

The current U.S. Dietary guidelines suggest that adults should drink no more than three cups of milk per day, and Fraser said the evidence from his study “suggests that people should view that recommendation with caution."

Fraser said that the reason for the link between dairy and breast cancer is a result of the hormone content found in dairy milk. As cows are lactating during their production of milk, and with breast cancer being a hormone-responsive cancer, higher consumption of animal proteins like milk are associated with higher hormone levels that have been known to promote certain cancers, Fraser said.