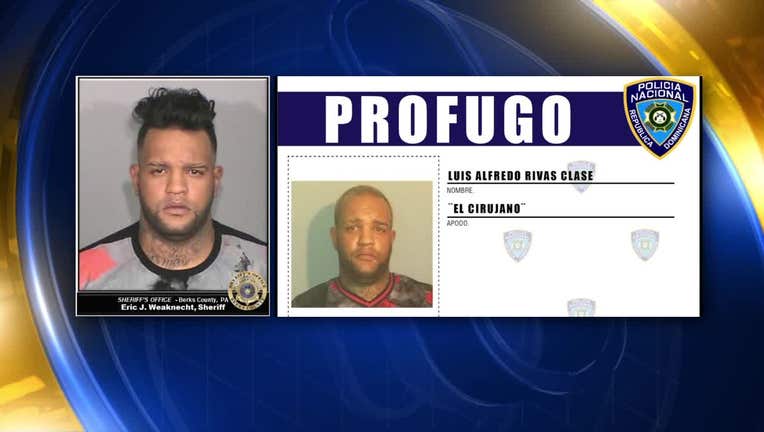 READING, Pa. - Authorities in the Dominican Republic are still searching for several men in connection with the shooting that injured David Ortiz. One of those men is also wanted in a Reading, Pennsylvania shooting, according to the Berks County Sheriff.

Six suspects. Including the alleged gunman have been detained in a shooting that wounded the former baseball star earlier this week.

One of four suspects still at large is Luis Alfredo Rivas Clase. Rivas Clase, who also goes by the name “The Surgeon,” is wanted for an attempted murder that occurred on North Front Street in Reading last year.

According to police, the victim in that shooting says Rivas Clase threatened to have him killed a few months prior to the shooting. Police in Reading have been trying to track him down ever since.

Dominican authorities say the shooting that injured Ortiz was carried out after an $8,000 bounty was placed on him.

The alleged shooter has been identified as Rolfy Ferreyra Cruz. Witnesses say the attack was carried out by two men on a motorcycle and two other groups of people in cars.

Ortiz has since been flown back to Boston where he is recovering in the intensive care unit. His wife says he was able to sit up and take a few steps.