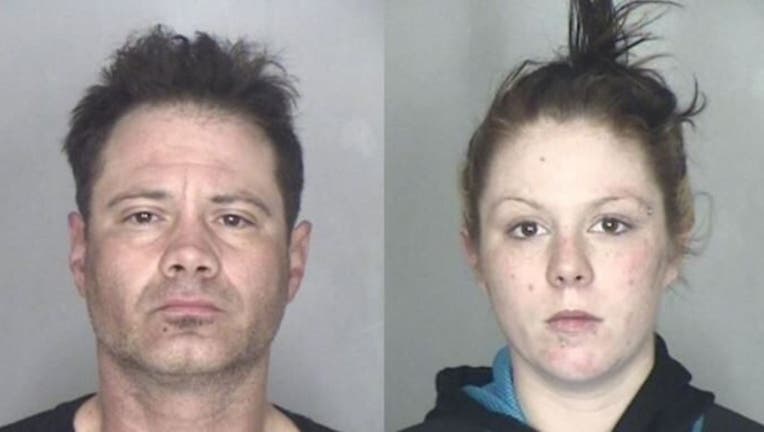 Two suspected Northern California porch pirates were found early Monday with 108 packages and envelopes in their car after the vehicle rolled over on the side of a highway while the pair were being pursued by police, authorities said.

The Butte County Sheriff’s Office responded to a call around 1:50 a.m. reporting a man who was seen possibly taking items out of mailboxes in an area of Durham, a rural community about 80 miles north of Sacramento, the sheriff's office said Tuesday.

A sergeant then "saw a vehicle traveling north [...] that looked similar to the description given of the vehicle involved in the mail theft," police said.

When authorities went to catch the vehicle, it "had already lost control and had rolled over on the north side of the roadway," according to the statement.

A sergeant had spotted a car matching the description of the suspect vehicle and given chase, but the driver lost control before the officer could catch up, causing the car to flip over, the sheriff's office said in a statement.

The sheriff's office found “108 packages and envelopes addressed to approximately 56 people and 37 different addresses,” along with "methamphetamine and a wallet containing multiple gift/prepaid type cards and hundreds of dollars in cash," it said.

Both were arrested on charges of identity theft, mail theft and probation violation; Blumlein was also accused of felony reckless evading and possession of a controlled substance, the sheriff's office said.

It was not immediately clear whether they had attorneys to speak on their behalf.

GET MORE ON FOXNEWS.COM