SOUTH PHILADELPHIA - Philadelphia police are looking to identify and locate the driver of a car they say left the scene of a crash that left a woman critically injured during an illegal street race.

Police say two Dodge Charges were racing side by side when a white 2019 Dodge Charger SRT lost control and swerved into a crowd of spectators and two cars parked on the side of the road.

A 45-year-old woman suffered severe injuries to her leg and spleen as a result of the crash. She was taken to the hospital and listed in critical condition. Initially, it appeared the woman may lose her leg but her husband told FOX 29 that she is scheduled to have surgery Tuesday and her leg will be able to be saved. 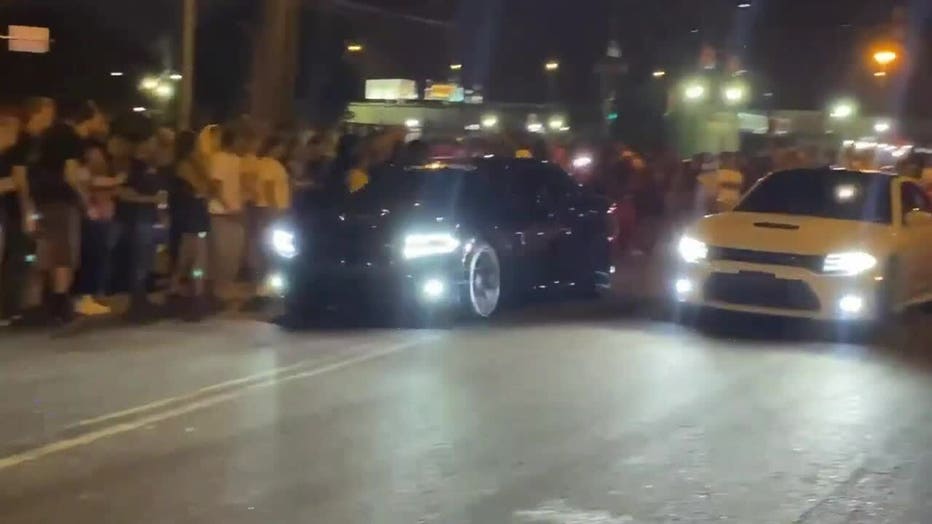 According to police, three men were seen exiting the white Charger after the crash and fleeing on foot. The other car involved in the race never returned to the scene.

After the crash, witnesses say an unmarked white tow truck arrived and took away the damaged vehicle.

Police have yet to locate the striking vehicle or any of its occupants.

“He’s young, we’ve all done stupid stuff it can be fixed. Turn himself in. He didn’t have to run I seen him," the woman's husband said.

Anyone with information regarding the whereabouts of the occupants or vehicles involved is asked to contact police. 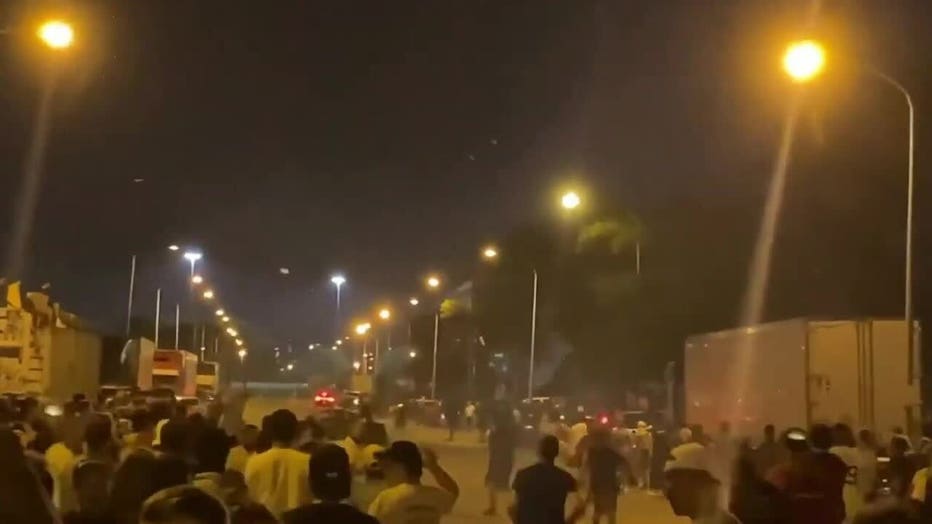