Florida teen who lost leg in shark attack recovering quickly, says she "doesn't have time to be sad"

You might remember Addison Bethea. Her leg was amputated after she was bitten by a shark near the Panhandle this past July. Yet even with all that hardship, she’s still all smiles.

LAKE MARY - This Thanksgiving, there’s plenty for all of us to be thankful for; but one family in particular is feeling especially grateful.

You might remember Addison Bethea. Her leg was amputated after she was bitten by a shark near the Panhandle this past July. Yet even with all that hardship, she’s still all smiles.

"I know a lot of people would get down about having an amputation this severe. But I just keep a positive mindset and keep friends and family close," Bethea told FOX 35.

This past July, Addison Bethea’s life changed forever – or so you might think.

"Honestly, everything is still the same, other than the leg. I walk a little bit slower, but I still do what I used to do," the teen said.

The 17-year-old had been scalloping with her family when a shark attacked. She lost her leg, but she says she isn’t letting that hold her back.

"I like four-wheelers and stuff, so I get to do that sometimes. I like to go hunting, so I went hunting over the weekend and sat in the stands, it was fun," said Bethea.

She just cheered for her first football game of her senior season – that’s also the last of her high school career with Taylor County High. She walked in the Homecoming Court. And, she was just in Orlando getting fitted for a new prosthetic. 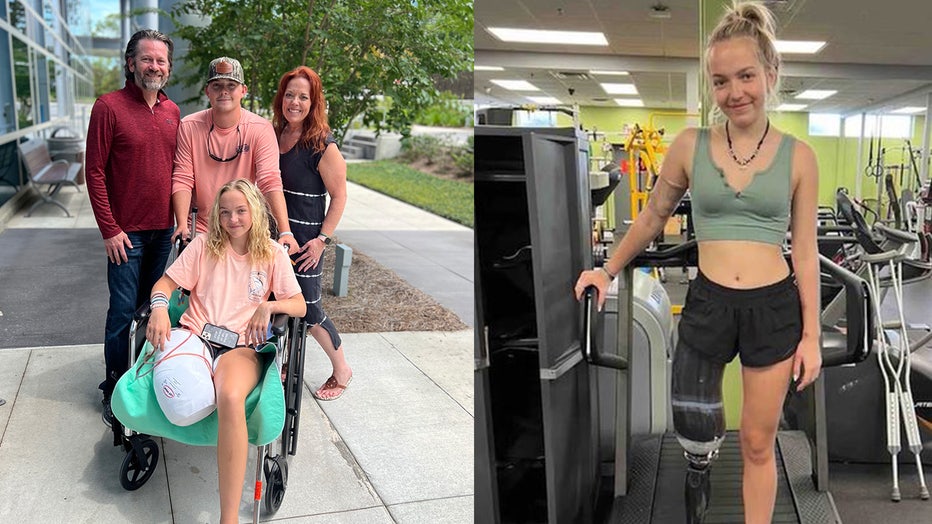 "As the leg continues to shrink some, then the socket – which is the upper portion, they’ll have to change it periodically, so that’s why we were down in Orlando," he said. 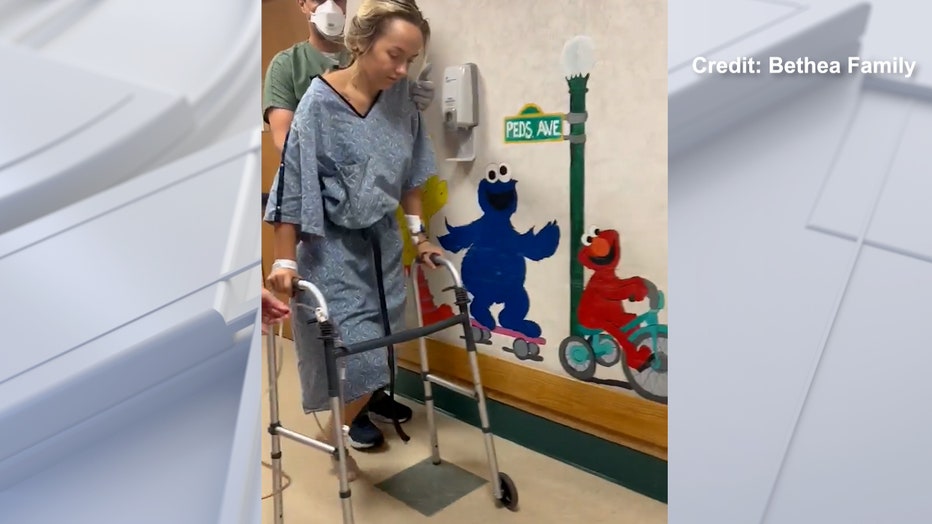 Addison Bethea, 17, was attacked by a shark and had to have her leg partially amputated.

"Progress has been really fast. Progressing with it also keeps my spirits up, but my spirits haven’t really been down since it happened," Bethea added. "There’s no time to really be sad about it."

There’s another thing Addison’s family is grateful for this Thanksgiving: The Jordan Thomas foundation paid for her new sports prosthetic. Insurance wouldn’t cover it.

Her mother, Michelle, told FOX 35, "This is such a big deal and something we are deeply thankful for."