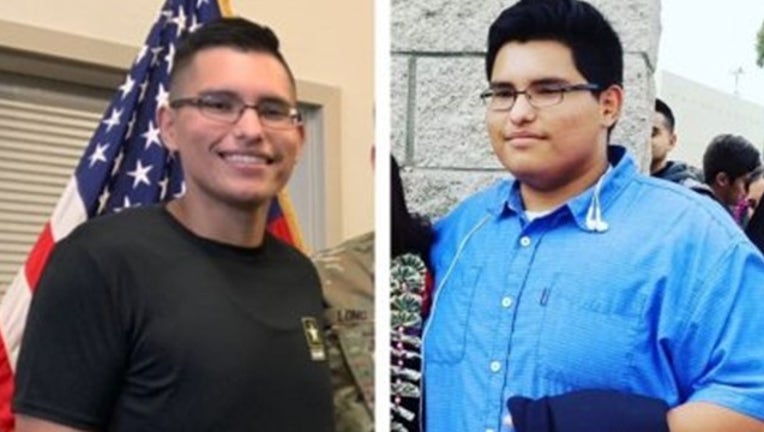 LAS VEGAS (FOX 35 ORLANDO) - A Las Vegas teenager with dreams of serving in the military has lost over 100 pounds in order to make it happen.

Less than a year ago, Luis Enrique Pinto Jr., 18, weighed 317 pounds. His size made it so that he couldn't pass the Army's weight requirements. That's when he decided to get in shape.

RELATED: New US Army soldier gets first haircut in 15 years to join military

Pinto began eating healthier by trading in his carb-heavy diet and started an exercise routine, consisting of high-intensity interval training alternating between jogs and sprints.

He says that his mother was a huge source of encouragement to keep going when things got tough.

"One thing she told me is to just show up," Pinto said in a press release. "Just show up and don't worry about the workout that's to come. You show up at the gym and once you're there, you're already there so might as well just get it over with."

After seven months, his hard work paid off: Pinto lost a total of 113 pounds. When it came time for his Army Occupational Physical Assessment Test, he breezed through it.

"Every event was like it was made for him; it was easy," Pinto's recruiter Staff Sgt. Philip Long said.

"As a result, Pinto enlisted in the Army as a 14E who operates and maintains Patriot weapon systems — a position that was accompanied by a $16,000 bonus," according to Army Times. 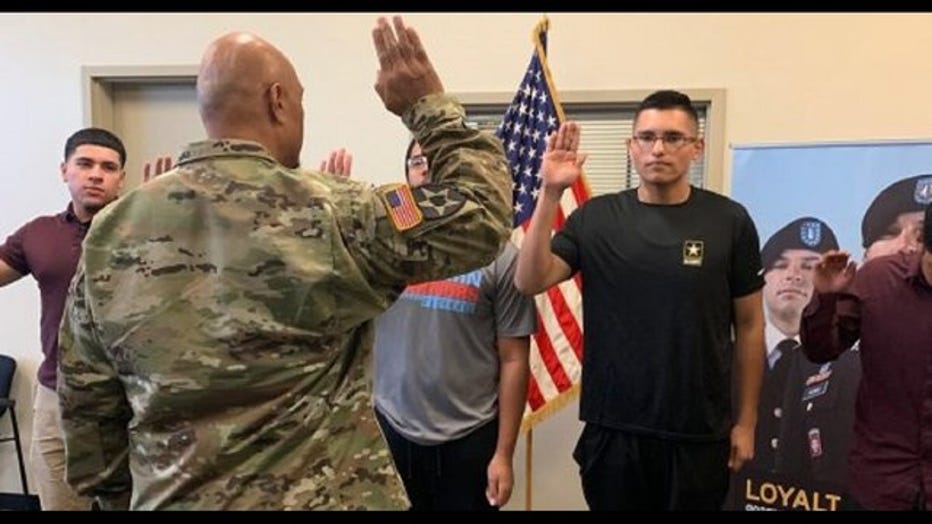 Pinto is headed to basic training in September. His next weight loss goal is to get down to 190 pounds.

"Hitting my goal weight definitely isn't my end goal," he said. "There's still way more to come. I still want to get better."

Joining the Army also fulfills a huge life goal for Pinto: he'll the first in his family to join the U.S. military.

"You've got one life. I don't want to wake up and do the same thing every single day," Pinto said in the release. "There's a whole world out there."