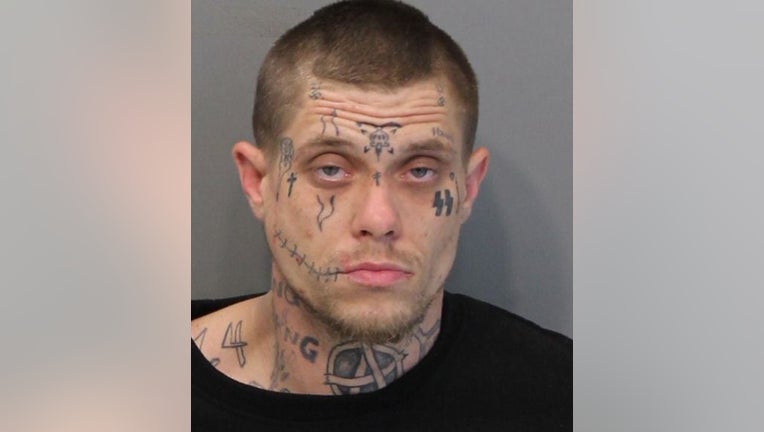 FOX NEWS - A Tennessee man with distinct facial tattoos was arrested after deputies said he led them on a high-speed chase after an attempted traffic stop.

Jonathon Harvey, 30, was accused of not stopping when a deputy, who said he saw Harvey driving a 1999 Volkswagen Jetta with a dirty plate in Hamilton County around 2:17 a.m. Monday, tried to pull him over, according to a report.

Deputies with the Hamilton County Sheriff’s Office said during the chase, Harvey, of Chattanooga, Tenn., was clocked going 80 mph in a 45 mph zone, WTVC reported.

At one point Harvey allegedly aimed the Jetta at a deputy, who said he had to drive his vehicle off the road and into a ditch to avoid a head-on collision, the station reported.

Eventually, Harvey ditched the car and tried to flee on foot.

Deputies said he stopped running and got down on the ground after a deputy fired a stun gun at him that missed, the station reported.

According to the deputies Harvey smelled of marijuana and a search of the Jetta turned up a small amount of the drug, the station reported.

Harvey was arrested on multiple charges, including evading arrest and drug possession.

A passenger in the Jetta, Machana Coyne, 38, of Soddy-Daisey, Tenn., was also arrested for drug possession and resisting arrest, the station reported. 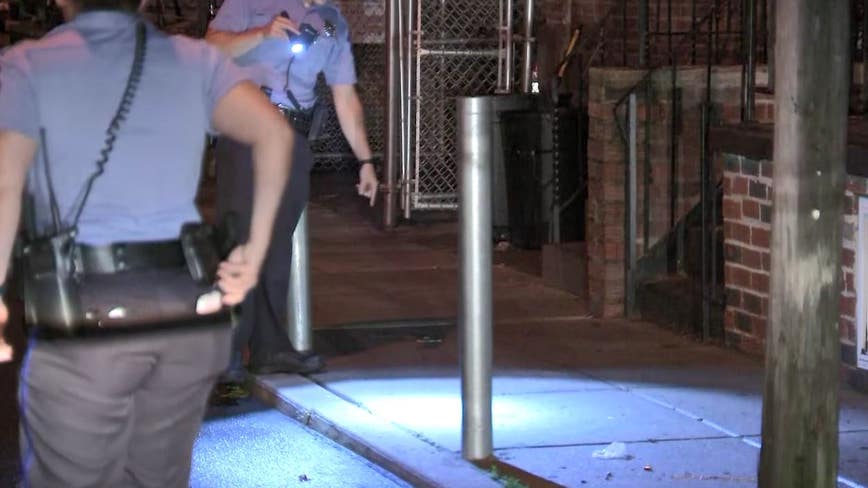