CORONA, Calif. - A grieving father confronted a young man accused of killing his teenage daughter at a Corona movie theater earlier in the week.

"Look at me. Look at me!" screamed Dave Goodrich.

Goodrich lost his 18-year-old daughter Rylee in a movie theater shooting Tuesday. The grieving dad said Rylee was on a date with 19-year-old Anthony Barajas, who Dave Goodrich called "a boy her dad actually approved of."

The shooting left Barajas, a TikTok influencer, on life support.

As Rylee's accused killer, 20-year-old Joseph Jimenez, appeared in court Friday, several people at one point had to hold Dave Goodrich back as the suspect walked past the grieving father's direction. Jimenez's arrangement was ultimately postponed.

"That was my daughter," Dave Goodrich said, as he broke down in tears. 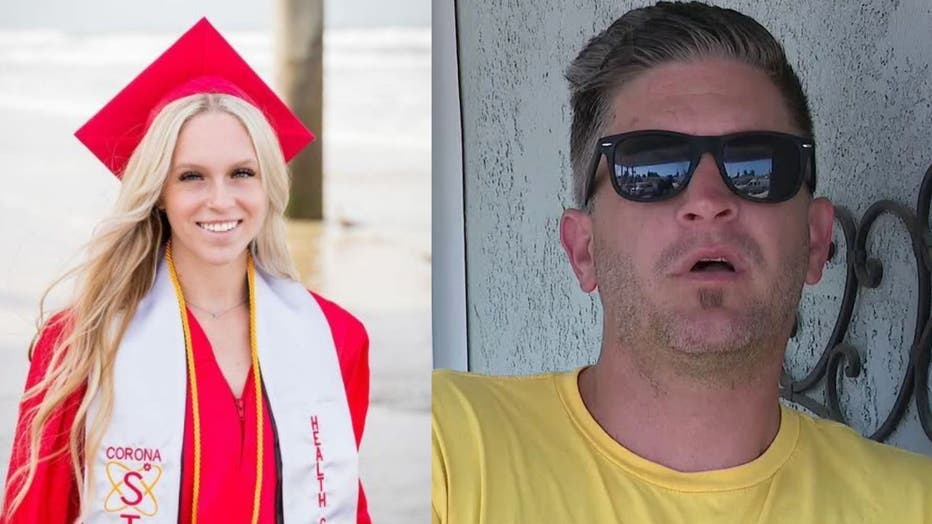 The accused shooter looked down as he was ushered away by deputies. Jimenez is being held with no bail. He is charged with one count each of murder and attempted murder, both with enhancements for using a gun. Jimenez also faces a special allegation of lying in wait, which would indicate some kind of premeditation, although the District Attorney did not want to comment directly on that.

The complaint does not include robbery, despite the Corona Police Department mentioning in their original arrest that they found Rylee's wallet at Jimenez's home. Detectives later said the robbery was committed during the crime but was not the motive.

The special allegation of lying in wait makes this crime a lot more serious than a robbery and could result in the death penalty.

GoFundMe pages have been created for both shooting victims: