Everything you need to know about the South Carolina primary

As the once considerable lineup of democratic hopefuls continues to dwindle, voters of the Palmetto State could make or break the campaign.

Charleston, SC - After Bernie Sanders claimed two victories in a row heading into the South Carolina primary on Saturday, Feb. 29, his fellow Democratic rivals face a key challenge in the continuation of their candidacies.

As the once considerable lineup of democratic hopefuls continues to dwindle, voters of the Palmetto State could make or break the campaign in a state that has voted Republican in nearly every presidential race since 1964 --  except for Democrat and Georgia native Jimmy Carter in 1976.

Here is everything you need to know about the South Carolina primary:

When is the South Carolina primary?

In a historically red state, why does it matter for Democrats?

A candidate’s performance in South Carolina is crucial as the primary happens ahead of Super Tuesday, where about one-third of the delegates needed for the nomination are at stake.

With it being the first Southern state to cast votes for a presidential nominee, it will also be a chance for White House hopefuls to see how well they fare among African American voters, who make up approximately 60 percent of the Democratic electorate in the state, according to the New York Times.

Former Vice President Joe Biden was hoping Nevada would turn things around for him after a disastrous showing in Iowa and then New Hampshire. He argued that he'd do better in a more diverse state.

His last and best hope may be to win in South Carolina. He’s counting on his support among the state’s black voters to serve as his firewall.

When is the South Carolina debate and how does a candidate qualify?

The 10th Democratic presidential primary debate will occur on Feb. 25 in Charleston, South Carolina, and will be hosted by CBS News and the Congressional Black Caucus Institute. 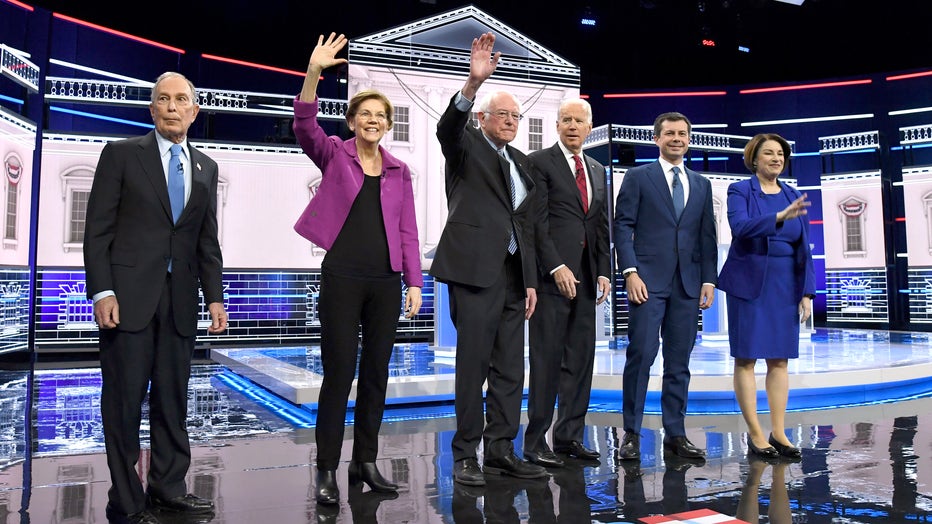 According to the DNC, a candidate must either meet a delegate threshold or a polling threshold. The remaining candidates must either receive at least 10 percent from polls sanctioned by the DNC, or 12 percent in two South Carolina polls which are publicly released between Feb. 4, 2020 and 11:59 P.M. on Feb. 24, 2020.

In order to meet the delegate threshold, candidates must have gained at least one delegate from either Iowa, New Hampshire, or Nevada.

What happens after the South Carolina primary?

Super Tuesday — a day when voters in more than a dozen states go to the polls.

States casting their votes on March 3 span the map, accounting for a huge number of delegates crucial to helping a candidate clinch the nomination.

The delegate-rich states of California and Texas have moved their primaries up to be included in Super Tuesday. California, which used to host its primary in June, will offer nearly 500 delegates alone.