More than a million people have signed up to attend a joke Facebook event planning a Sept. 20 raid on Area 51 in Nevada to reveal the truth behind the top-secret base.

LINCOLN COUNTY, Nev. - Bob Lazar, a physicist who claims to have worked with alleged alien technology and exposed Area 51 to the world in 1989, issued a warning to anyone attempting to actually storm the classified U.S. Air Force base.

More than a million people have signed up to attend a joke Facebook event planning a raid on Area 51 in southern Nevada to “see them aliens.”

The now-viral event, titled, “Storm Area 51, They Can't Stop All of Us,” states that the group of alien hunters will meet at 3 a.m. on Sept. 20 near the top-secret base to coordinate a plan of attack to reveal the truth behind the curtain.

From there, the group will “Naruto run” and therefore “move faster than their bullets,” according to the event page.

“I have to comment on this ‘Storm Area 51’ thing. I do understand it was started as a joke by someone, but there are a number of people who are actually planning on showing up. This is a misguided idea,” Lazar posted on his Instagram with a screenshot of the Facebook event. 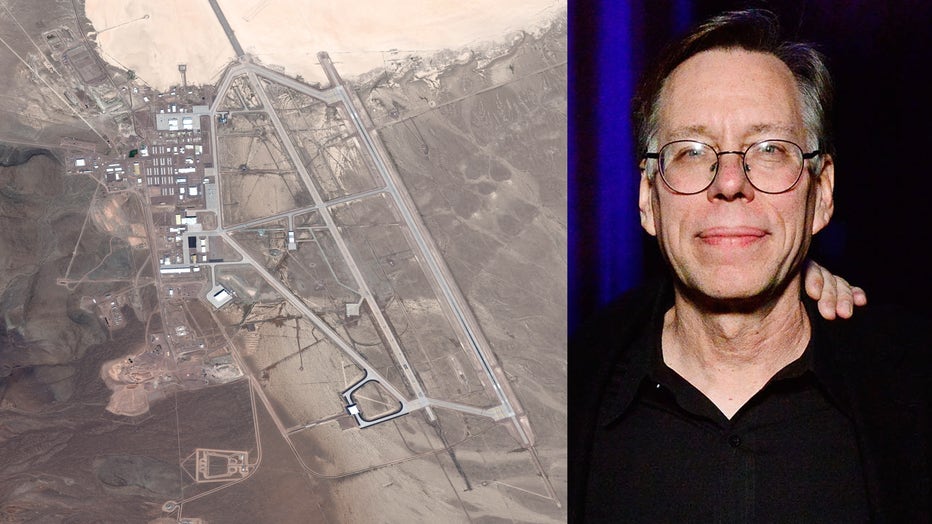 RELATED: Pentagon admits it investigates UFOs through secret initiative | Take me to your beaches: UFO cruise is here to help you find the truth | Senators receive classified briefing on Navy UFO sightings

In a 1989 television interview, Lazar famously claimed to have worked on reverse engineering alien spacecraft technology at a site called “S4,” located south of the main Area 51 location.

“Area 51 is a classified research base. There are no aliens or alien technology located there,” Lazar continued on Instagram. “The only place there was ever any alien technology was at Site S4, south of Area 51 proper. That was 30 years ago. S4 may have moved decades ago or it’s possible it’s no longer being used for the project."

“I do not support this ‘movement,’” Lazar said.

He added that the last time someone attempted to get into Area 51, “he was shot.”

“This is not the way to go about trying to get more information. What is good, is the interest in the subject - the science and technology. That is what would immediately change the world we live in.”

The U.S. Air Force also issued a statement warning against anyone attempting to actually take part in the event.

“[Area 51] is an open training range for the U.S. Air Force, and we would discourage anyone from trying to come into the area where we train American armed forces,” a spokeswoman told The Washington Post. “The U.S. Air Force always stands ready to protect America and its assets.”

On Monday in an interview with "Fox & Friends," author Annie Jacobsen also dismissed the idea that civilians could actually get close to the facility.

The "Area 51: An Uncensored History of America's Top Secret Military Base" author and Pulitzer Prize finalist said the classified military facility is located inside a classified testing and training range — which is the size of Connecticut.

"That base is so jealously guarded, both in terms of media and in terms of actual physicality. I don't think the Air Force or any of the other military partners or intelligence community partners that are all working out there at Area 51 are going to let anybody anywhere near the entrance to Area 51," Jacobsen told the news outlet.

Area 51, also known as Homey Airport, is an extension of Edwards Air Force Base located about 125 miles from Las Vegas. In 2013, the CIA officially acknowledged the existence of Area 51 by declassifying documents detailing the history of both the U-2 and OXCART projects.

The secrecy surrounding the base has made Area 51 the subject of many conspiracy theories for decades — including the storage of crashed alien spacecraft, meetings with extraterrestrials or the development of time travel.