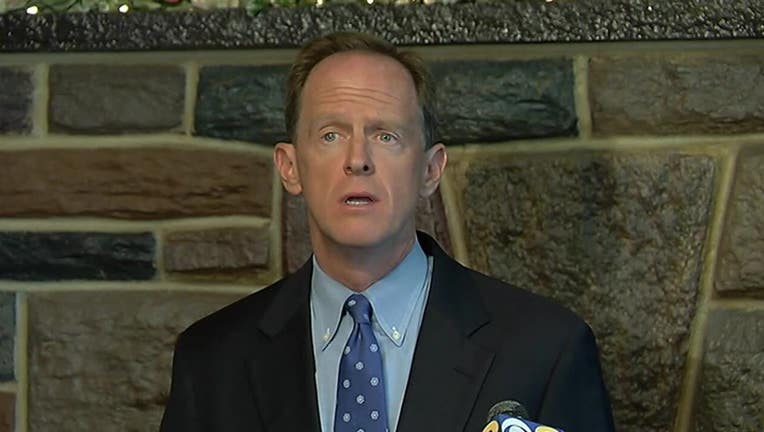 U.S. Sen. Pat Toomey said Tuesday that he is on board with the Senate considering President Donald Trump's forthcoming nominee to the Supreme Court right away.

HARRISBURG, Pa. - Pennsylvania’s Republican U.S. Sen. Pat Toomey said Tuesday that he is on board with the Senate considering President Donald Trump's forthcoming nominee to the Supreme Court right away, despite having endorsed waiting eight months until after the 2016 election to fill a vacancy under President Barack Obama.

The difference now, Toomey said, is that the Senate and White House are controlled by the same party, so there is no reason now to wait until after the Nov. 3 election, just six weeks away.

“When divided government creates tension between the two organs responsible for filling a position on the Supreme Court, it is completely justifiable to leave open a vacancy until the voters have had a chance to speak,” Toomey said in a statement.

Trump said he is obligated to pick a nominee as soon as possible to replace the liberal Justice Ruth Bader Ginsburg, who died Friday.

Democrats says Ginsburg’s seat should not be filled until after voters pick between Trump and Democrat Joe Biden and the winner is sworn in.

In 2016, Toomey supported the decision to put off consideration of Obama’s nominee, Merrick Garland, nominated in March to replace the late Justice Antonin Scalia.

Ultimately, Trump made the pick.