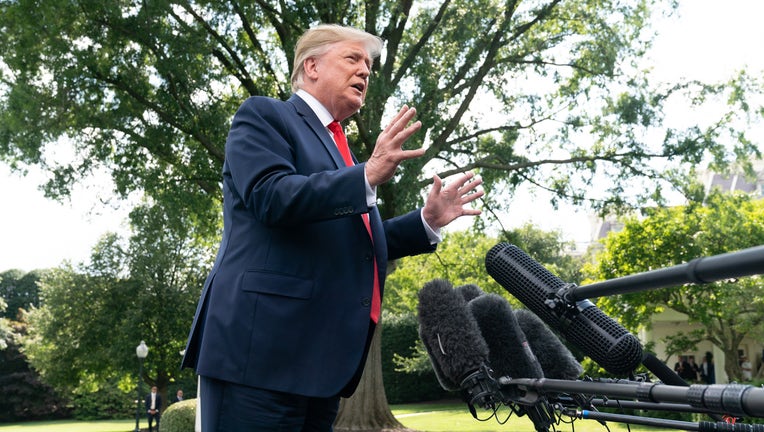 WASHINGTON - In President Donald Trump's view, even the inadequate air conditioning at the White House is Barack Obama's fault.

Trump offered the new gripe about his predecessor as he explained in the Oval Office Friday why he'll be spending some time at his New Jersey resort in August.

The president says "it's never a vacation" when he goes to Bedminster, New Jersey, and that he would rather be at the White House.

He says that some of his time away from the White House gives crews time to do maintenance work.

He says, for example, "The Obama administration worked out a brand new air conditioning system for the West Wing. It was so good before they did the system. Now that they did this system, it's freezing or hot."