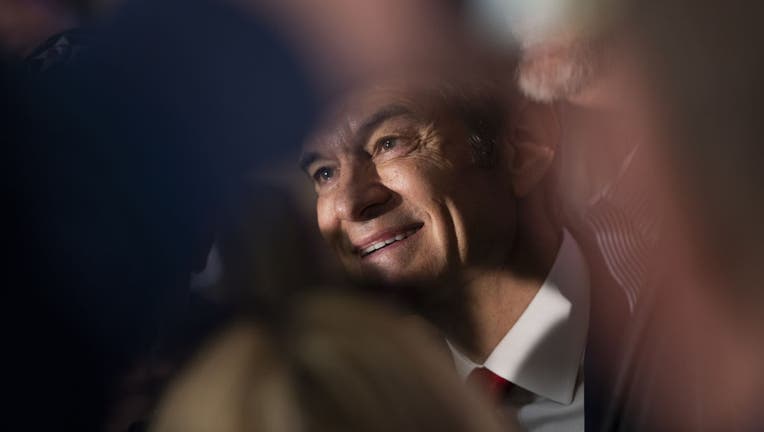 And attack they did, almost solidly throughout the one-hour debate at the studio of WHTM-TV with barely three weeks to go to the May 17 primary election.

Ex-hedge fund CEO David McCormick called Oz a "flip-flopper" to suggest that he is pretending to be a conservative.

Trump earlier this month endorsed Oz — best known as daytime TV’s host of "The Dr. Oz Show" — and the Trump endorsement hovered over the debate. Oz raised it repeatedly, just hours after Trump announced that he will come to western Pennsylvania next week for a rally to promote Oz.

Oz gamely defended himself. People care about what he stands for, not where he’s from, he said. Trump endorsed him because he is a true conservative, he said. And he keeps his Turkish citizenship to visit his ailing mother in Turkey, he said.

He also counterpunched, primarily against McCormick. He accused McCormick of lying about his record and repeating Trump's suggestion that McCormick is "pro-China" because of McCormick's former hedge fund’s portfolio that catered to Chinese investors investing in China.

"Dishonest Dave is at it again," Oz said. "He went groveling to President Trump with — again — these types of allegations. President Trump saw right through him, did not endorse him, and then he endorsed me."

McCormick repeatedly attacked Oz, turning practically every question to Oz’s long public past as a TV show host and accusing him of having long-advocated liberal positions.

"The reason Mehmet keeps talking about President Trump’s endorsement is because he can’t run on his own positions and his own records, and what's true is that he has flip-flopped on every major issue we're talking about in this campaign," McCormick said.

Then McCormick slipped in a reference to criticism that Oz promoted quack treatments and cures on his show.

"And the problem doctor, is there’s no miracle cure for flip-flopping," McCormick said.

The race is primarily an expensive duel between McCormick and Oz, who combined — with super PACs that support them — have reported spending more than $37 million out of the more than $50 million reported being spent on the GOP primary.

The five candidates on stage met the polling threshold set by the station’s parent company as they vie for the nomination in a seven-person field to succeed retiring two-term Republican Sen. Pat Toomey in the presidential battleground state.

The campaign is one of this year’s premier Senate contests, with carpetbaggery a prominent and persistent issue following the recent arrival of three wealthy and well-connected candidates from other states — McCormick, Oz and Sands.

Real estate investor Jeff Bartos summed up the debate in his closing remarks as "out-of-state candidates fighting with each other" as he pressed his case as the only lifelong Pennsylvanian in the race.

Otherwise, the candidates all seemed to agree with party talking points, including on the question of banning abortion, banning transgender women from competing in women's sports, criticizing President Joe Biden's handling of the economy and the border and promoting Trump's baseless conspiracy that Democrats stole the 2020 presidential election.

They also took pains to demonstrate their devotion to Trump principles.

Sands maintained that her service on a Trump's economic council and as his ambassador to Denmark makes her the only proven America First candidate.

"I actually did it," Sands said. "Everyone talks about it."

"I'm not going to be out-Pennsylvania'd or out-America First by anybody on this stage," McCormick said.

Barnette — who has allied herself with pro-Trump conservatives — took a different tack: Trump's Make America Great slogan, or MAGA, doesn't belong to Trump, she said.