In a statement Saturday evening, Trump said his decision was "all about winning elections" as he formally backed the celebrity heart surgeon best known as the host of daytime TV’s "The Dr. Oz Show."

"The Great Commonwealth of Pennsylvania has a tremendous opportunity to Save America by electing the brilliant and well-known Dr. Mehmet Oz for the United States Senate," Trump said, in part. Later, at a rally in North Carolina, he said: "You know when you’re in television for 18 years, that’s like a poll. That means people like you."

Oz had been competing for Trump's endorsement in the May 17 primary against former hedge fund CEO David McCormick, whose wife, Dina Powell, served in Trump's administration. The two had gone to extensive lengths to win over the former president, who remains deeply popular with the Republican base and has been wooed by candidates in primary races across the country.

At a conservative forum in Pennsylvania last weekend, the candidates were asked if they would like Trump’s endorsement and for him to come to Pennsylvania to campaign for them.

"That’s the easiest question we’re going to get all day," replied one of the candidates, Jeff Bartos, a real estate investor. "Yes. 100%, yes."

The decision marks a disappointment for McCormick, who met with Trump last week and had hired a litany of former Trump aides for his campaign. Though he was virtually unknown to voters before declaring his candidacy in January, he topped a recent Fox News poll of Pennsylvania GOP primary voters.

Trump had previously endorsed Sean Parnell in the race, but Parnell withdrew his candidacy amid allegations of abuse from his estranged wife. The turnabout raised questions about the vigor of Trump's vetting process and concerns among Republicans about whether the former president was bolstering candidates who might be able to win their respective primaries but flounder in general elections that will determine which party controls the Senate.

This time, Trump made clear that electability was top of mind. In his statement, he noted that Oz was a well-known quantity who has "lived with us through the screen and has always been popular, respected, and smart."

"Perhaps most importantly, I believe that Mehmet Oz will be the one most able to win the General Election against a Radical Left Democrat looking to do unthinkable harm to our Country," he added. "Women, in particular, are drawn to Dr. Oz for his advice and counsel. I have seen this many times over the years. They know him, believe in him, and trust him," he said.

When Oz interviewed Trump on his show in 2016, Trump told him at one point that his wife, Melania Trump, was "a big fan" of the show.

Oz also has a long personal history with Trump. 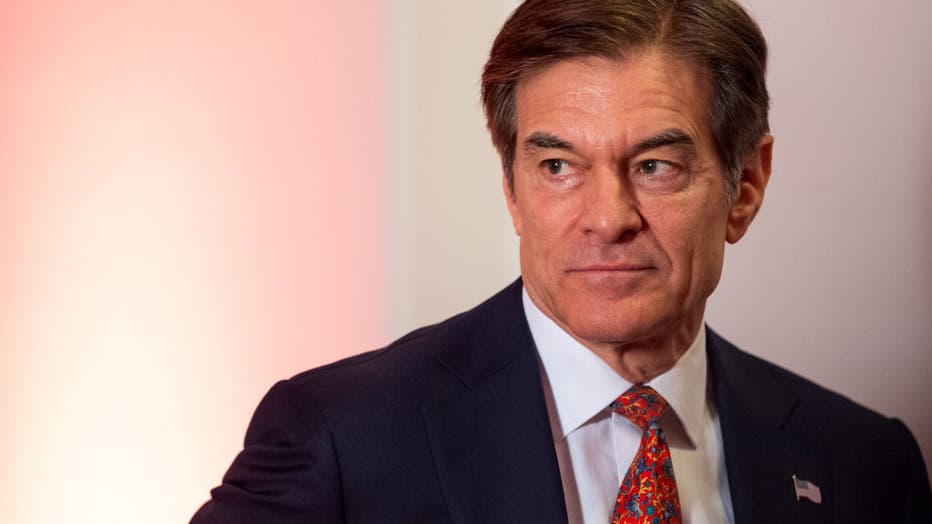 Oz said in a recent interview that he had first met Trump in 2004 or 2005 when he asked Trump to use his golf course for an event for Oz’s children’s charity. Trump agreed. After that, they saw each other intermittently at social events before Oz interviewed Trump about his health during the 2016 presidential campaign.

Trump, in conversations, has often praised Oz for his positive treatment on the show. "He even said that I was in extraordinary health, which made me like him even more (although he also said I should lose a couple of pounds!)," Trump wrote in his statement.

McCormick, meanwhile, has made deep inroads with party donors and officials in Pennsylvania, and has landed endorsements from former Trump administration officials Sarah Sanders and Mike Pompeo. But he has had to work to turn himself into a pro-Trump, America First candidate.

That has opened McCormick, who spent a dozen years as an executive at one of the nation’s biggest hedge funds, to charges from some conservatives that he is a "globalist," a derogatory term as adopted by Trump and others in his orbit to conjure up an elite, international coterie that doesn’t serve America’s best interests.

Meanwhile, McCormick and a super PAC supporting him have spent millions attacking Oz.

The ads pick apart Oz’s long career on TV and as a public personality and accuse him of being a liberal, pointing, for instance, to his repeated public advocacy for "Obamacare," former President Barack Obama’s signature health care law. They also accuse Oz of being too "Hollywood."

Oz also has taken heat in the race for carpetbaggery. He lived in New Jersey for two decades until just before deciding to run in neighboring Pennsylvania, where his in-laws live.

Trump's decision drew criticism from some Oz critics, including Parnell, who endorsed McCormick.

"I have enormous respect for President Trump. I was honored to have his endorsement in PA," he tweeted. "But I’m disappointed by this. Oz is the antithesis of everything that made Trump the best president of my lifetime—he’s the farthest thing from America First & he’d be very bad for PA."