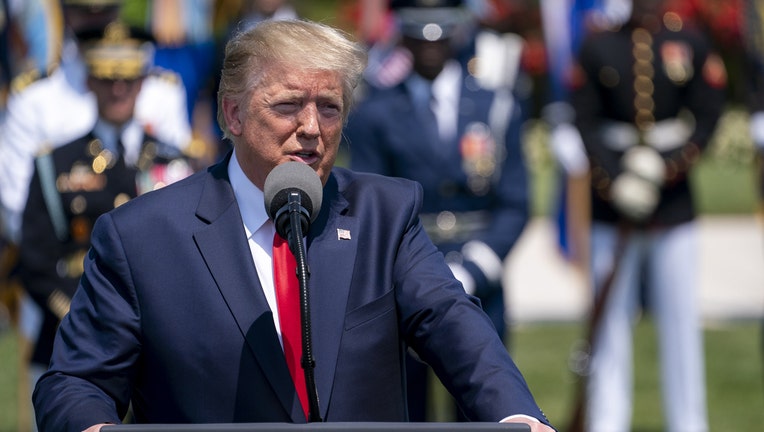 WASHINGTON - The Trump campaign and Republican Party sued California on Tuesday over a new law requiring presidential candidates to release their tax returns to run in the state's primary.

One of the suits contends California's law is "a naked political attack against the sitting President of the United States."

The law signed last week by Democratic Gov. Gavin Newsom is aimed at prying loose President Donald Trump's tax returns, which he has refused to release, saying they are under audit. California's law requires candidates for president and governor to release five years of tax returns to appear on the state's primary ballot.

It does not include a similar requirement for the general election.

The lawsuits argue the law violates the U.S. Constitution by creating an extra requirement to run for president and deprives citizens the right to vote for their chosen candidates. The Constitution puts just three requirements on presidential candidates: That they are natural born citizens, 35 or older and a U.S. resident for at least 14 years.

Trump counsel Jay Sekulow called the law "flagrantly illegal," and said voters already spoke in 2016 on whether Trump should release his tax returns.

"The effort to deny California voters the opportunity to cast a ballot for President Trump in 2020 will clearly fail," said Sekulow.

At least two other lawsuits have already been filed.