President Donald J. Trump returns to the podium to say a shooting outside the White House involving the U.S. Secret Service resulted in his being urged to leave the press room, interrupting Monday's news conference.

WASHINGTON - During a Monday press conference, President Donald Trump was abruptly escorted out by Secret Service from the White House briefing room.

Reporters continued to ask questions as Trump left the podium and departed the news conference.

The president appeared at the podium minutes later and said that there had been a shooting outside the White House and somebody had been taken to the hospital.

"I do not know the condition of the person, it seems the person was shot by Secret Service, so we'll see what happens," the president said.

"It seems that the shooting was done by law enforcement at that person, at the suspect, it was the suspect who was shot," Trump said.

The Secret Service would later tweet that the shooting took place at 17th Street and Pennsylvania Avenue.

The president also noted that FOX News White House Correspondent John Roberts reported that he heard two shots from outside.

The president said that he did not yet know details about the person who was shot, although he did say the person was on the way to the hospital. He also confirmed that he was taken to the Oval Office when the Secret Service escorted him out from the press briefing.

Trump said that no other individuals or law enforcement were injured in the shooting.

“I do want to thank Secret Service, they are fantastic, the job they do,” the president said, noting that there may be a briefing on the event later.

“It might not have had anything to do with me, it might have been something else,” Trump said when responding to reporters’ questions.

When asked if he was rattled by the shooting at all, the president said, “I don’t know, do I seem rattled?”

When questioned whether the shooting will cause Trump to think differently about his personal safety inside the White House, the president said that he feels “very safe” with Secret Service.

“I don’t know if anybody got to walk outside, but there were a lot of terrific looking people ready to go if something was necessary, people at the highest level of law enforcement, nobody like these people,” Trump said. “So they just wanted me to step aside for a little while just to make sure that everything was cleared outside.“

A reporter asked the president about why he returned to the briefing after his departure. ”Well I didn’t even think about not coming back,“ Trump said.

”I said, ‘Am I able to go back?’, and they said, ‘You’ll have to wait a little while.’ I waited a little while as you know in the Oval Office area and I said, “Can I get back now"?‘ and they said, ’Yes,’ and they have a lot of fortification outside just in case, but it was one person." 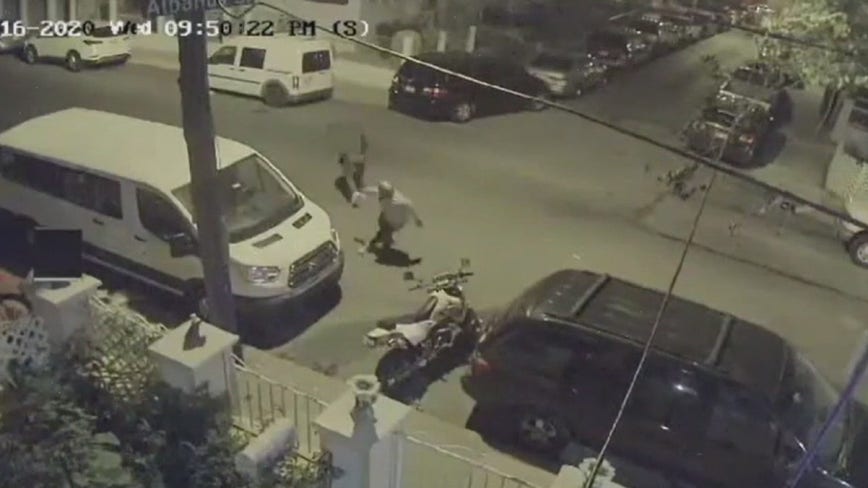