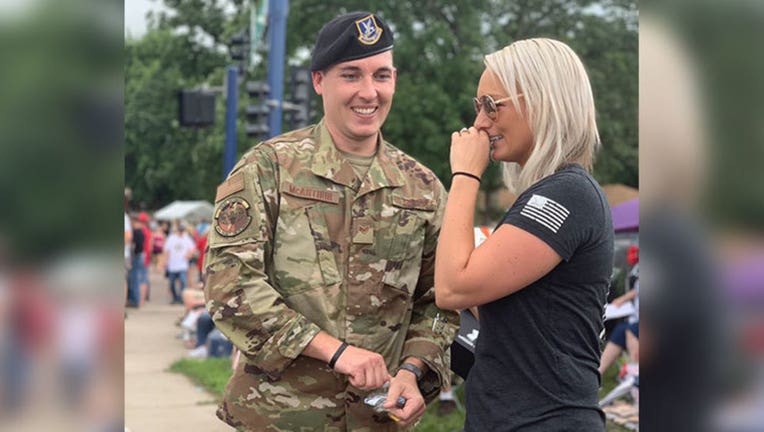 FOREST LAKE, Minn. - A U.S. service member surprised his girlfriend by proposing to her mid-parade in Forest Lake, Minnesota on the Fourth of July.

The proposal was caught on video and posted to Twitter by Kate Ash.

She says her nephew James McArthur popped the question to his girlfriend Alyssa Smith just a week before he is set to deploy for nine months to Iraq for the Air Force.

Even better, she said yes!