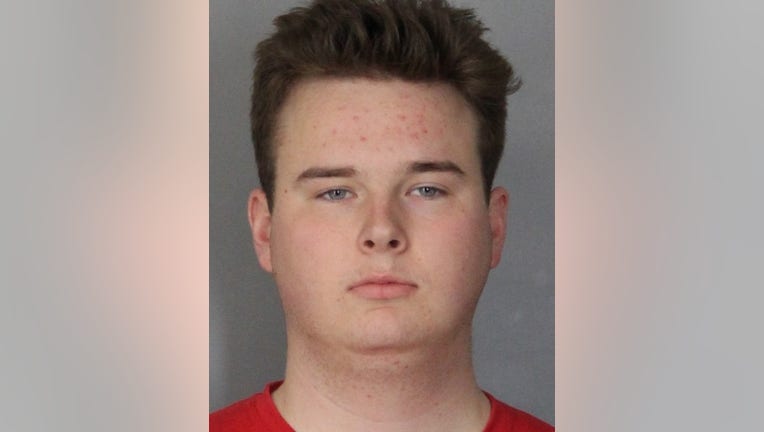 DOVER, Del. - A University of Delaware student who was accused of threatening people with a BB gun has died after what authorities described as a "medical emergency" in his prison cell, police said Wednesday.

Annable was being held at the time on $20,000 cash bail. While he was hospitalized, his bail conditions were modified to unsecured bail and he was released from Department of Correction custody on Friday. It’s unclear who requested the bail modification or why.

A DOC spokesperson refused to say whether Annable's death was the result of suicide, or whether DOC sought the bail modification.

Newark police said they received a report shortly before 8 p.m. on Oct. 3 from two people who said they were walking on Academy Street when the driver of a vehicle that had been following them pointed a gun and threatened to shoot them.

Shortly after that report, university police were contacted by a man who said he was walking through a parking lot on Academy Street when he was shot with what he thought was a BB gun. The vehicle and suspect both matched details of the prior incident.

Newark police identified Annable as a suspect through video surveillance and witness statements. Police recovered what they described as an "air pistol that shoots metal pellets."