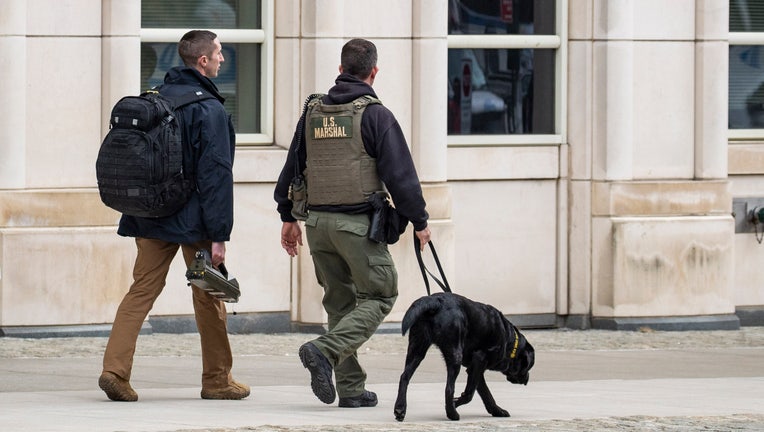 FILE: Members of the U.S. Marshals patrol outside the U.S. District Court for the Eastern District of New York, February 6, 2019. (Photo by Drew Angerer/Getty Images)

OKLAHOMA CITY - US Marshals say they have found five missing children and arrested hundreds in a two-month-long operation in Oklahoma.

Of the 262 people arrested, six were wanted for homicide and 141 were confirmed gang members, officials said.

As a result of the operation, US Marshals said five missing children were located and rescued, though the circumstances surrounding their disappearances were unclear.

“Our primary goal with operations like OTB is to make communities safer," U.S. Marshals said. "When we arrest these violent fugitives, we are also removing guns and narcotics from our streets. We believe these efforts have an immediate, positive impact on the communities we serve.”

Investigators seized 72 firearms and more than 9 kilograms of narcotics, according to Fox 25.

The Marshals Service has recently taken part in several high-profile operations to recover missing and at-risk children, some of whom were victimized by sex traffickers.

They recovered more than two dozen children in the first three weeks of an ongoing operation in Ohio last week, and they located 39 missing children in Georgia last month.