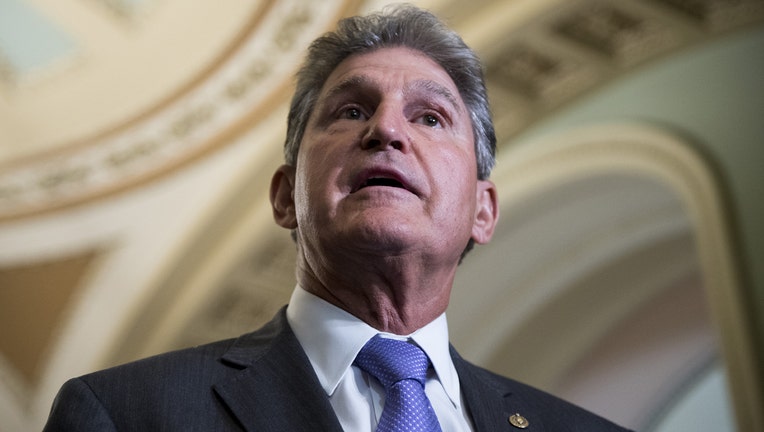 The 72-year-old Manchin announced his decision on Tuesday after months of reflection. It means Manchin will steer clear of a potential showdown with incumbent Republican Gov. Jim Justice, who already has announced he's seeking re-election.

Earlier this year, Manchin became the top Democrat on the Senate Energy Committee, giving the coal-state lawmaker a prominent position to shape policy. But Manchin says he has become frustrated with a lack of Senate productivity and bipartisanship.

Manchin also has sparred with Justice, who was elected governor as a Democrat in 2016, then switched to the Republican Party less than a year later. Manchin had endorsed Justice for governor.

Justice, who has made fixing neglected state roads one of his priorities, had shifted blame for some of the road problems on Manchin and former Democratic Gov. Earl Ray Tomblin. Justice said the pair "created what I would call the all-time motherlode of a dog's mess."

Manchin replied that "knowing Jim Justice's character, it's not a surprise for him to make a comment like this. He blames others for the work he hasn't done."

Manchin also was critical of the state's $37 million settlement with the drug distributor McKesson in a lawsuit accusing the company of shipping millions of suspicious painkiller orders to West Virginia as the state was being ravaged by the opioid epidemic.

Justice and Republican Attorney General Patrick Morrisey announced the settlement in May. Manchin called it a "sweetheart deal" for McKesson.

Manchin also has been critical of Justice for refusing to live at the governor's mansion in Charleston, instead residing at his home in Lewisburg.

Manchin was elected governor in 2004 and re-elected in 2008 before winning a special election in the Senate following the June 2010 death of Robert C. Byrd. Manchin won a second six-year term in the Senate last November, defeating Morrisey.