SAN FRANCISCO - Video captured a man in San Francisco dumping a bucket of water from a rooftop onto a homeless woman down below on the sidewalk.

The video shows the man on the roof of a building at Bryant and 20th streets in the Mission neighborhood.

People disturbed by the footage online have offered a reward for information that helps identify the man responsible.

Neighbors say the man should face consequences for his actions.

"I can't believe someone would do something like that that just seems horrible. It's so inhumane," said neighbor Helena, who declined to give her last name.

"I saw it happen with my own eyes," Rich Caraballo said on Tuesday. He is staying at the condo building across the street.

He said the man dumped water on the homeless woman twice around noon on Sunday. 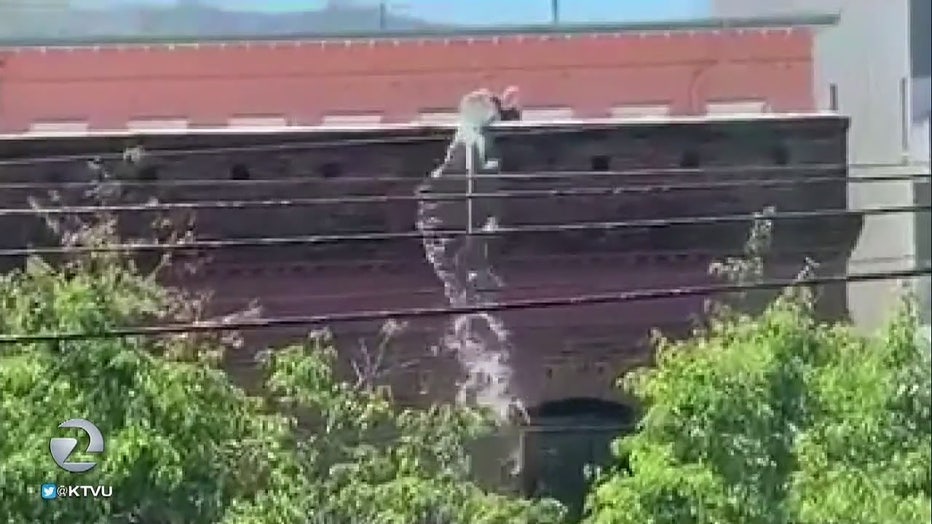 "I heard a woman yelling at somebody and noticed she was sopping wet from head to toe," Caraballo said.

He described the man on the roof as being white in his 50's or 60's, with salt-and-pepper facial hair.

At Norm's Market across the street, a worker said he can understand some people's frustration with the homeless blocking doorways and leaving syringes. Still, he said what the man did was wrong.

"That's not the right way to treat a human being," Marvin Aguilar, a cashier at Norm's Market, said.

San Francisco police said they're aware of the incident and that the woman has not come forward to file a complaint. If caught, the man responsible could face misdemeanor battery charges