Video: Suspects sought after auto mechanic responding to call is beaten with bat

PORT RICHMOND - Philadelphia police are looking to identify and locate two suspects wanted in an aggravated assault that was caught on camera.

Police say the victim, a 41-year-old auto mechanic responded to a phone call from an unknown person. The called said they needed help with their vehicle.

Surveillance video from the scene shows the car in question pulling over on the sidewalk, and two occupants getting out and walking around the corner. 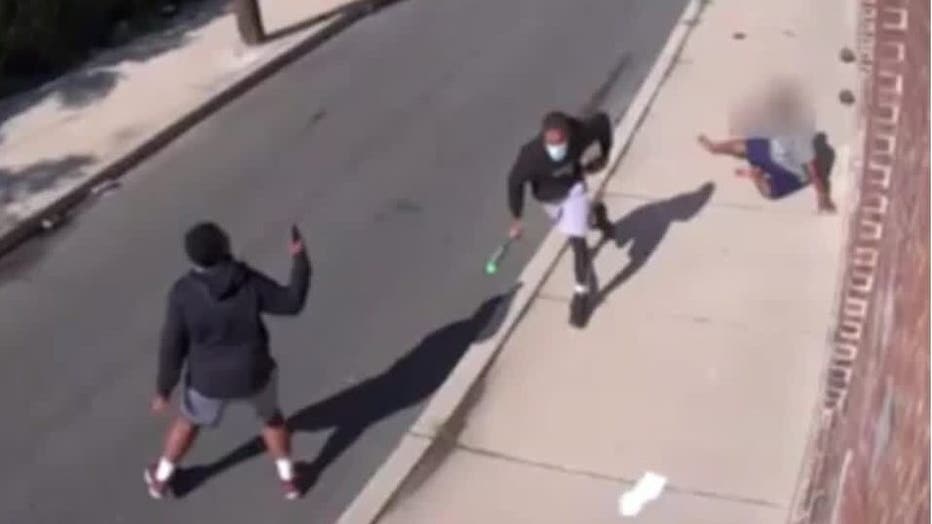 A short time later, one of the occupants returns to the car with the mechanic, as a second suspect comes around the corner wielding a baseball

The suspects begin punching the victim and hitting him in the legs and body with the bat, chasing him a short distance down the street and continuing to hit him after he falls on the ground.

One of the suspects appears to be recording the incident on his cell phone after the victim fell to the ground.

The suspects eventually get back in their car and were last seen heading west on Clearfield Street in a dark-colored sedan with tinted windows.

It is unclear if anything was taken from the victim.

Anyone with information about the incident or suspects is asked to call East Detective Division: 215-686-3243/3244.