A 19-year-old Villanova University student has been arrested and charged in connection with an attempted sexual assault in a Sept.&nbsp;2019 incident, Delaware County officials announced Tuesday. Iyanu Elijah Solomon plays linebacker for the Villanova University football team, according to their website.

VILLANOVA, Pa. - A 19-year-old Villanova University student has been arrested and charged in connection with an attempted sexual assault in a Sept. 2019 incident, Delaware County officials announced Tuesday.

Iyanu Elijah Solomon, of Reisterstown, Maryland, has been charged with felony attempted sexual assault, along with misdemeanor charges of indecent assault, simple assault, and unlawful restraint.

Solomon plays linebacker for the Villanova University football team, according to their website.

In Aug. 2020, police say a female student reported to police that a male student, identified by police as Solomon, had attempted to force her to engage in sexual activities back in Sept. 2019. Police say the victim did not file a police report at the time of the incident but had reported it to a resident assistant. 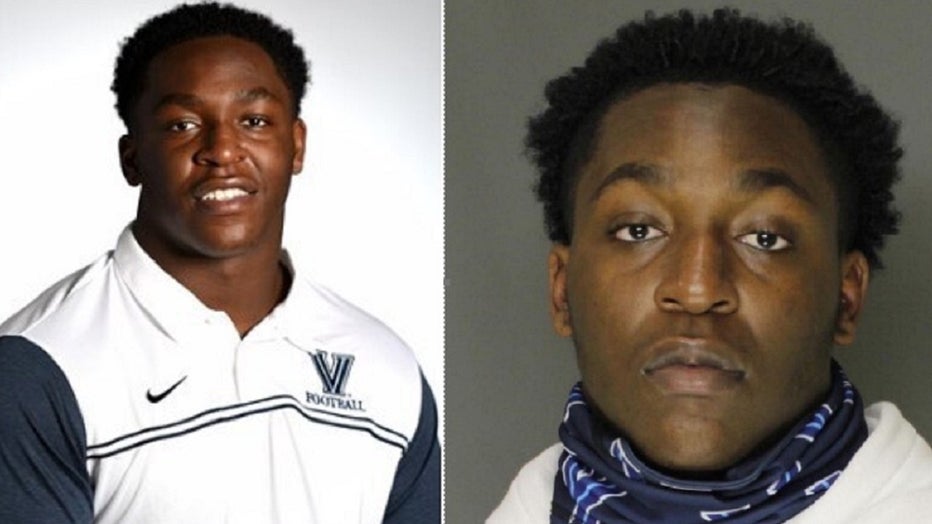 Police obtained a written statement from the victim in Aug. 2020 but say she did not elect to pursue criminal charges. In Feb. 2021, the victim decided to pursue charges after she reported she was subjected to ongoing harassment by Solomon, authorities said Tuesday.

"As the case we announce today make clear, campus sexual assault is a pervasive problem. National statistics indicate that 13% of all students experience rape or sexual assault – and in a significant percentage of those cases, the victim knew the perpetrator," said District Attorney Jack Stollsteimer. "We recognize that pressing criminal charges is an agonizing decision for victims. My office works very hard every day to avoid re-traumatizing victims as their cases work their way through our justice system, but there is no escaping the fact that the process can be long and hard. I want to commend the victim in this case for having the courage to come forward in order to protect their campus community from further harm."

If convicted, the district attorney's office says Solomon could face up to ten years imprisonment. He has since been released on bail.

A spokesperson for Villanova said that Solomon has been removed from campus.

"There is no place for sexual misconduct of any kind on Villanova’s campus or in our community. These acts constitute the deepest affront to University standards and will not be tolerated in any form," the spokesperson said.

In what authorities say was an unrelated incident, university officials issued a campus safety alert last week after two female students reported that they had been sexually assaulted by the same male student in on-campus residence halls.

The university launched an investigation and found the student in those incidents was no longer on campus and the district attorney's office, in consultation with the victims, has not filed charges in those cases at this time.