LEICESTER, England - Being a fast walker could add years to your life, regardless of weight or body fat percentage, a study suggests.

Walking pace was self-reported by the participants, who were asked to describe their usual walking pace as a “slow pace,” “steady/average pace” or “brisk pace.”

A brisk walking pace is about 3 miles per hour, according to the Centers for Disease Control and Prevention.

The median age of participants was 58.2 years old and the median BMI was 26.7, which falls into the overweight category. 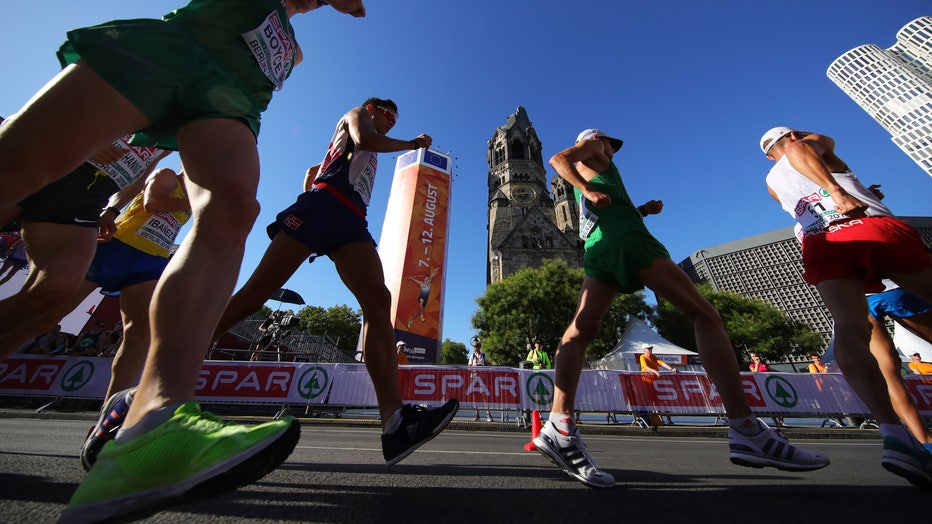 Athletes compete in a 50K race walk during the 24th European Athletics Championships on August 7, 2018 in Berlin, Germany. (Photo by Alexander Hassenstein/Getty Images)

Researchers reported that the fast-walking women had a life span of about 87 years. Women who walked at a slow pace had a shorter life expectancy, particularly those who had a BMI of less than 20 — who were found to have an average life span of about 72 years.

Men who walked at a brisk pace had a life span of about 86 years, compared to 65 years for those who walked more slowly and had a BMI of less than 20 — resulting in a 21-year average difference.

The same pattern of results was found for waist circumference measurements and body fat percentage, researchers noted in the study.

The authors of the UK Biobank observational study concluded, "Brisk walkers were found to have longer life expectancies, which was constant across different levels and indices of adiposity."

"Our findings could help clarify the relative importance of physical fitness compared to body weight on life expectancy of individuals," said study author Tom Yates, a professor of physical activity, sedentary behavior and health at the University of Leicester.

"In other words, the findings suggest that perhaps physical fitness is a better indicator of life expectancy than body mass index (BMI), and that encouraging the population to engage in brisk walking may add years to their lives," Yates added.