A Warminster Township police officer's quick reactions helped bring a runaway truck to a stop after the driver of the vehicle suffered a seizure.

WARMINSTER - A Warminster Township police officer's quick reactions helped bring a runaway truck to a stop after the driver of the vehicle suffered a seizure.

Officer Ryan Bunda was patrolling County Line Road around 9:30 a.m. Monday when he noticed the passenger of a white Ford F-250 waving his arms for help.

Officer Bunda saw the driver of the truck experiencing convulsions while traveling slowly down the westbound side of the road. The 28-year-old officer parked his cruiser in the left lane of the two lane street and sprang into action. 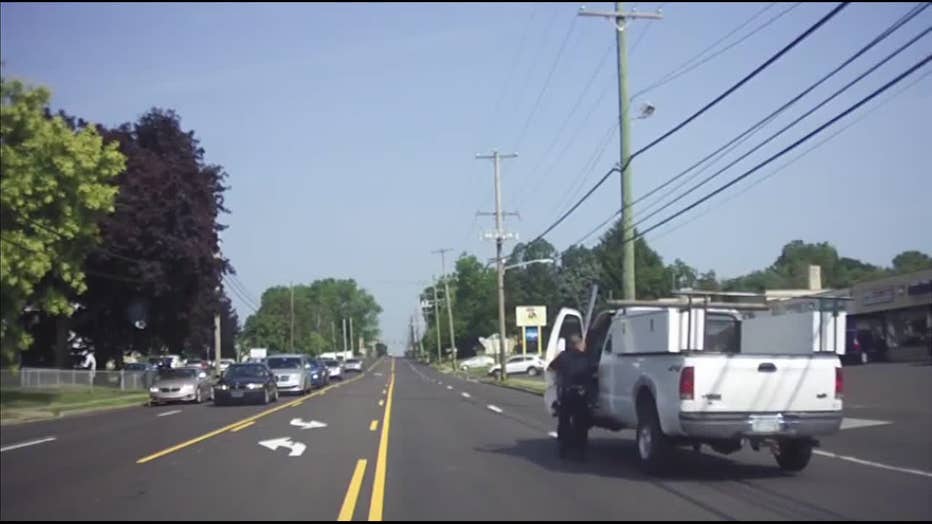 Dashboard camera footage shows Officer Bunda sprint over to the slow moving truck and swing open the driver's side door. Police reports say Officer Bunda managed to apply the brakes with his left hand just before the truck veered into oncoming traffic.

Once the truck came to a stop, Officer Bunda and a passing Huntington Valley firefighter carried the driver to the side of the road and requested medical assistance. 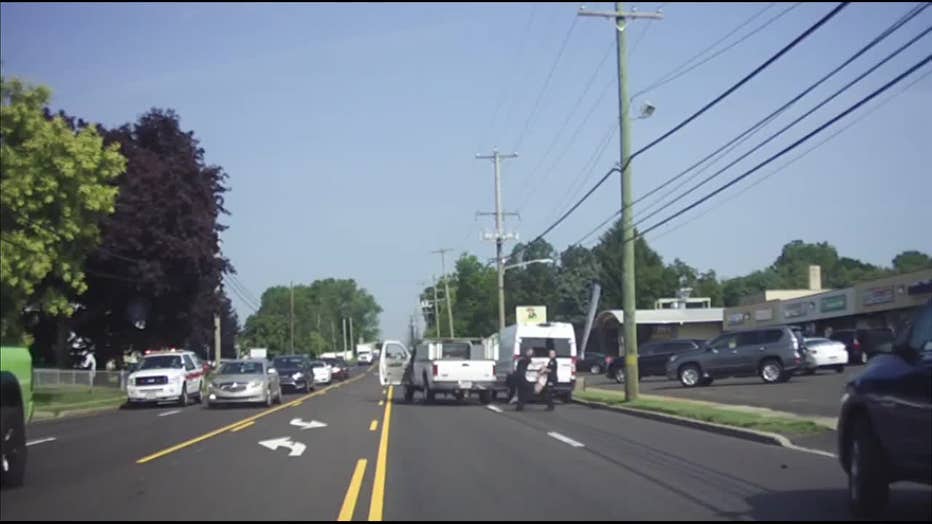 "Officer Bunda’s rapid and decisive actions, were both heroic and lifesaving," a department spokesperson said.

Police say the driver was taking the passenger to a doctor's appointment when the incident happened.