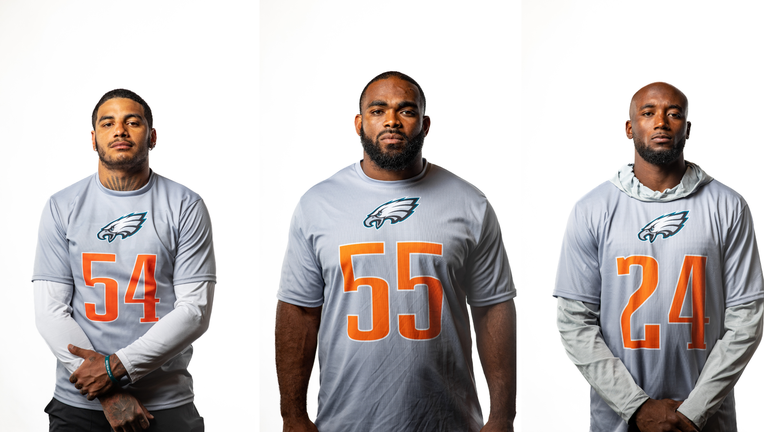 PHILADELPHIA - The Philadelphia Eagles are joining the Wear Orange movement Friday in honor of gun violence victims and survivors.

Players will wear orange practice shirts on the field as part of the national campaign, which began after a Chicago teen was gunned down on a playground one week after marching in President Obama's second inauguration parade.

The shirts worn by players at practice will then be listed for auction and the proceeds will benefit Frontline Dads and Mothers in Charge.

Both organizations have received funding through the Eagles Social Justice Fund of the Philadelphia Foundation in prior years.

"Our hearts break for those who suffer through the trauma of losing a loved one to gun violence," said Jeffrey Lurie, Philadelphia Eagles Chairman & CEO. "These unspeakable tragedies wreak havoc in our communities and continue to occur with alarming frequency. As we search for ways to effect positive change in our society, we pray for those grieving in Philadelphia and around our country.

In addition to this, the Philadelphia Police Department will be holding a gun buyback event at Lincoln Financial Field on Monday, June 6, from 2 p.m. to 6 p.m.

Individuals who turn in an unloaded firearm to a police officer will receive a $100 gift card funded by the Eagles and the Center for Violence Prevention at CHOP.

"Firearms are the leading cause of death for children and teens ages one to nineteen in the United States," said Madeline Bell, President and Chief Executive Officer of Children’s Hospital of Philadelphia (CHOP). "We see violence through the eyes of the many children we care for, either as victims, or as schoolmates and neighbors of those directly impacted. Finding solutions to this public health crisis is an important part of our mission and this event is part of our multi-faceted approach to ensure the health and safety of all children."